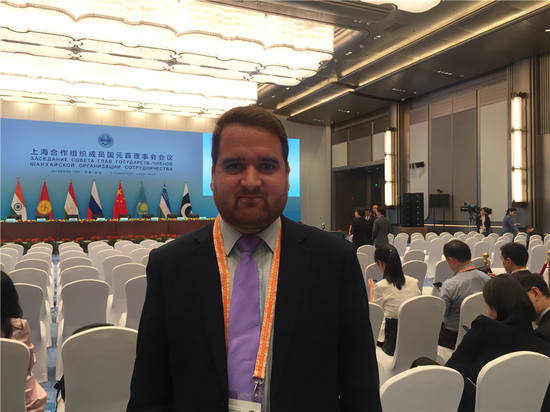 Wajid Khan, a reporter from Independent News Pakistan, poses for a photo in Qingdao for the 18th Shanghai Cooperation Summit, June 10, 2018. (Photo by Guo Rong/chinadaily.com.cn)

He also announced that China will set up a 30-billion-yuan ($4.7 billion) equivalent special lending facility within the framework of the Inter-Bank Consortium of the Shanghai Cooperation Organization.

Here is a collection of comments from foreign reporters covering the summit.

There are some forces against globalization and Xi talked against unilateralism and trade protectionism in the international system for our global village, Khan said.

Xi also asked SCO member states to adhere to the Shanghai spirit for the peace and stability of the region, he added.