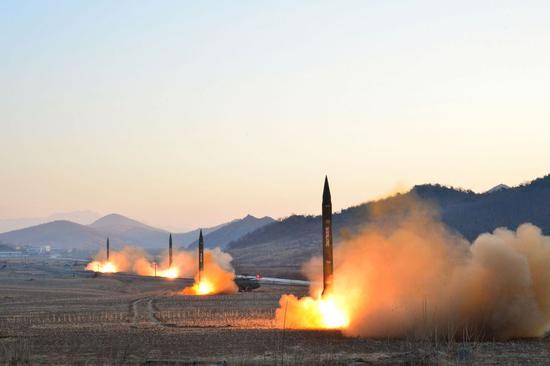 The projectile is similar to the ones fired in recent days, initial assessment showed.

The launch reportedly took place early Friday local time, and initial assessment showed that the projectile is similar to the ones fired in recent days, according to the reports.

The U.S. Department of Defense did not immediately respond to request for comment.

The DPRK fired multiple projectiles on July 25 and July 31, raising concerns in Seoul and Washington.

The South Korean National Security Council (NSC) expressed deep concern after last week's launch, saying it is of no help for efforts to defuse military tensions on the Korean Peninsula.

"We continue to urge the North Koreans to resolve all of the things that the President (Donald Trump) and that Chairman Kim have talked about through diplomacy," she added, and urged "no more provocations."