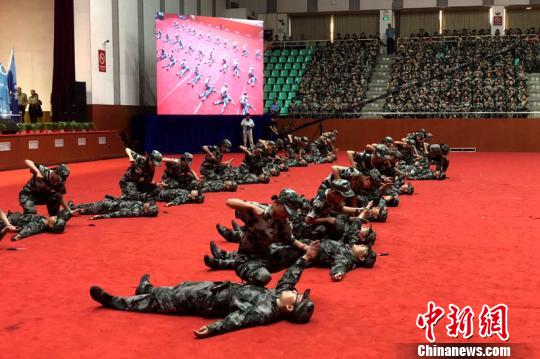 For generations of Chinese college students, the college life starts with military training. Young people are not required to enlist for compulsory military service in China, but most of them as per law have to go through rigid military training before academic studies.

More than 2,000 colleges and 22,000 high schools have adopted the practice, with over 20 million students participating in training every year, CCTV reported.

Around 5.95 million college students from 2,898 universities and colleges will attend military training this fall. And 84,000 officers and soldiers will be deployed for the training tasks.

Though it has sparked doubts and complaints, the training, which has been in practice for decades, is still considered necessary by many educators in teaching students how to bear hardship and lead a disciplined life.

Since emerging teen pop stars and actors also have to undergo military training, just like other students, they are inevitably under the spotlight of how they behave during the training.

Actor Liu Haoran’s name became a trending hashtag on Sunday on Sina Weibo, China’s answer to Twitter. Liu, a senior at the Central Academy of Drama, was enlisted in this year’s military training session he was absent from as freshman.

Photos of an uniform-clad Liu have been circulating on Weibo, where Liu has 21 million followers.