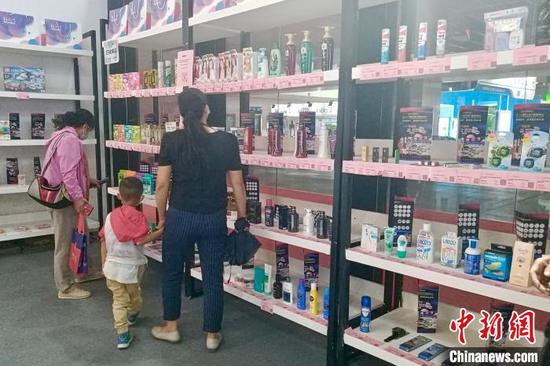 At the four-day event, held both online and offline, customers can buy goods from all over the world at a cross-border e-commerce exhibition area.

A total of 532 representatives from 239 companies from 15 provinces, autonomous regions and municipalities are participating in the offline exhibition, which covers an area of about 12,000 square meters.

Six categories of products from over ten countries and regions are displayed at the exhibition area. Roughly 1,459 kinds of goods including foods, beverages, makeup, maternal and child supplies were exhibited.

Meanwhile, an initial cross-border e-commerce industry cluster has been formed in Yinchuan with the advantages of China-Europe freight trains and international air transport. The city has launched 228 international "Belt and Road” trucks, bringing the trade volume to 265 million yuan (about $40.8 million).

"We will expand the practitioner scale to more than 3,000, so as to provide intellectual support for the industry," said Duan Jianhong, an official from the local bureau of commerce in Yinchuan.