China's inflation rate to edge down in September: report 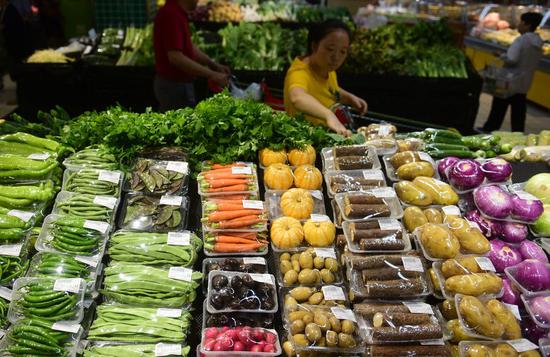 China's consumer price index (CPI), a main gauge of inflation, was expected to record slightly slower growth in September, according to a research report.

The CPI was likely to rise 2.7 percent year on year in September, compared with a 2.8-percent increase registered in August, according to a report from the Bank of Communications' financial research center.

These factors would lead to higher food prices month on month, but the year-on-year price growth would be limited due to increased food prices in the same period last year, according to the report.

Meanwhile, the year-on-year non-food price growth was expected to edge down, it noted.

The report predicted the CPI growth to stay above 2.5 percent in the near future as pork price hikes would continue to drive food prices higher, but saw no significant inflationary pressure from the global oil market.

China aims to keep consumer inflation at around 3 percent in 2019, according to this year's government work report.

The National Bureau of Statistics is scheduled to release the official CPI data for September on Oct. 15.