The average tariff rate is cut from 10.5 percent to 7.8 percent, according to the Customs Tariff Commission of the State Council.

The number accounts for 19 percent of the total taxable items. In this case, China's overall tariff rate stays at 7.5 percent, down from 9.8 percent last year. 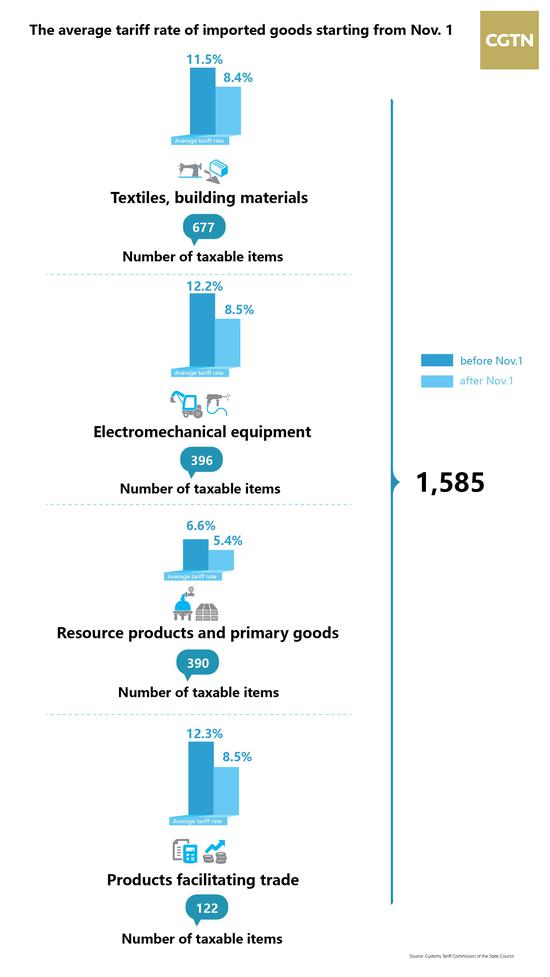 This year marks the 40th anniversary of China's reform and opening up. The country has introduced a slew of policies aiming at facilitating trade and meeting people's daily needs.

On October 19, the State Council published a work plan for trade facilitation with three objectives introduced to fully optimize the customs clearance process.

All these moves also echo China's commitment to the mutually beneficial policy and a multilateral trading system with the WTO at its core. 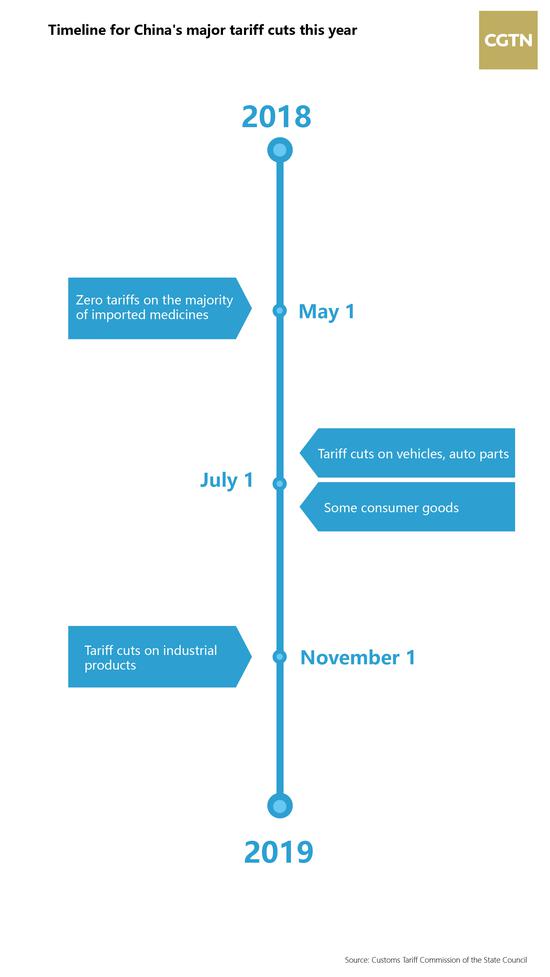