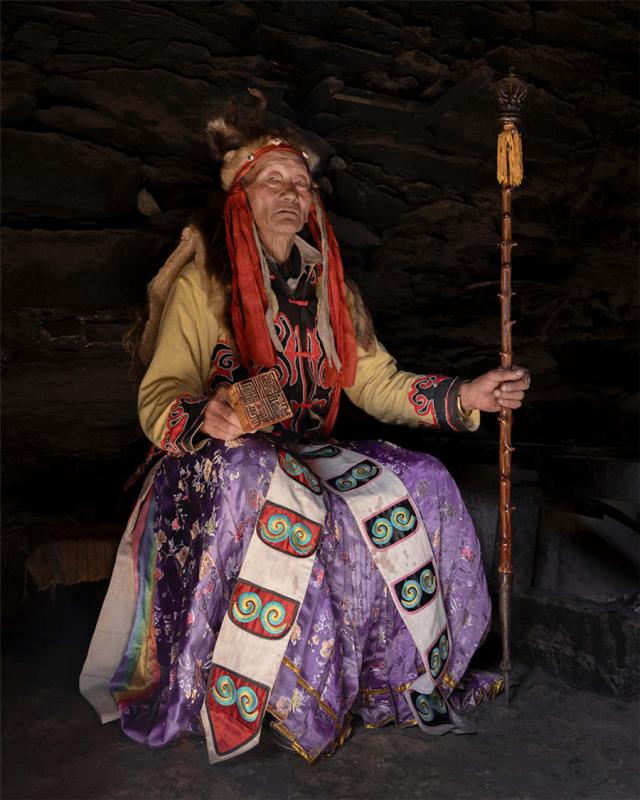 he Mountain of Qiang, by Lyu Ge'er. (Photo provided to chinadaily.com.cn)

This work is based on the photographer's hometown, Wenchuan in Southwest China's Sichuan Province, where the Qiang ethnic group dwells. While after the massive 2008 Wenchuan earthquake, modernization sped up, the old civilization and culture was impacted. The photographer hopes to search for identity through his photos.

A multi-media screening of Everyday ? Uniqueness — Works of Young Photographers from Home and Abroad, was held at the China Millennium Monument in Beijing on Sunday.

Chinese photographer Lyu Ge'er was chosen for the Youth Talent Development Program, and his photographic work, Mountain of Qiang, unveiled at the screening. The screening, one of the activities during Photo Beijing 2018, shows works from 15 young photographers from home and abroad, such as the US, Canada, Spain, South Korea, Bangladesh, and India. These works, although representing "everyday" images, fully embody the young generation's reflections on the relationship between the self and the other, and between cultural and social problems.

The event was hosted by the Photographic Art Center of the China Federation of Literary and Art Circles, and organized by the China Photographers Association (www.cpanet.org.cn), CPAnet (www.cpanet.cn) and Photointer (www.photoint.net).

The screening event is a debut, and the next stop will be the China Photography Art Festival held in Sanmenxia city in Central China's Henan province on Nov 18.

Let's take a look at the works seen at the screening.

Zhang Liang's father was a country photographer who taught himself photography and opened a photo studio in the 1980s. His father left many old photos recording their hometown and family. Zhang, taking the camera again, has shot photos of the people, the village, and landscape of his hometown. Zhang's photos and his father's photos preserve a page of the village's history. 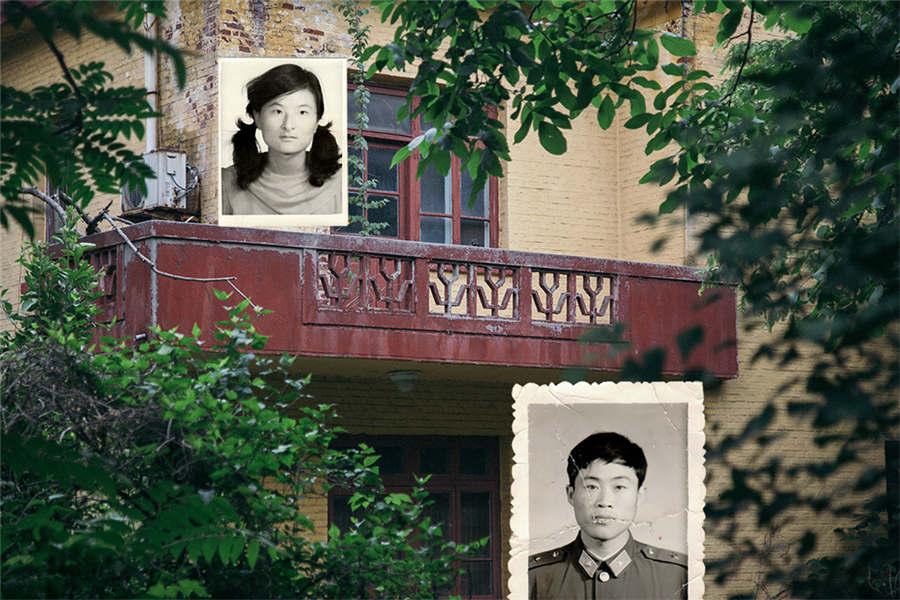 "Lubo" was Wang Hanlin's childhood nickname. Through finding "him", the photographer would like to fill the gap of the loss of his memory. Wang came back to some old places, collected documents and items associated with his life, and took some pictures of his family and landscapes related to his previous life. 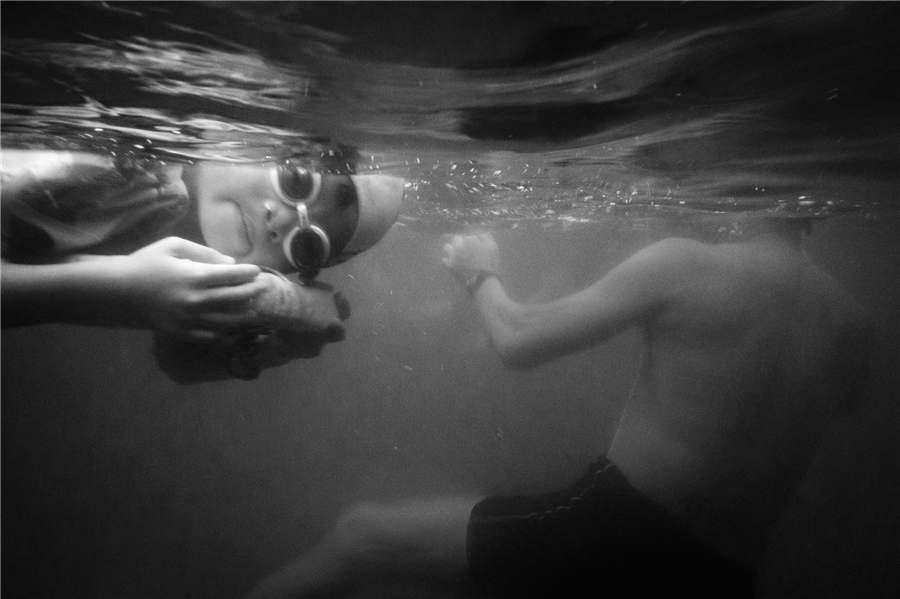 This project is a visual diary about the photographer's emotions and dreams through her experiences with water. Since 2015, she's been going to a bay in Hong Kong every summer to swim and engage with the community there. These photographs are made during her swims in the bay. In a way, the project can be interpreted as a dreamscape from the noises of the outer world, and one looking inward into her own universe. 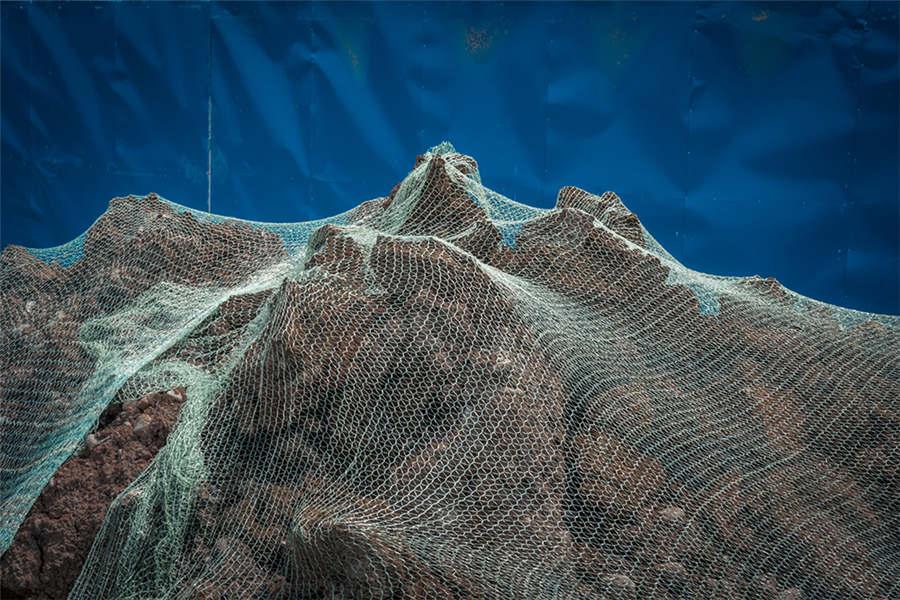 The landscape in daily life appeals to Wang Zeying, which he can't distinguish truth from fiction. The meaning of the image lies in seeking its own meaning or meaninglessness, according to Wang. 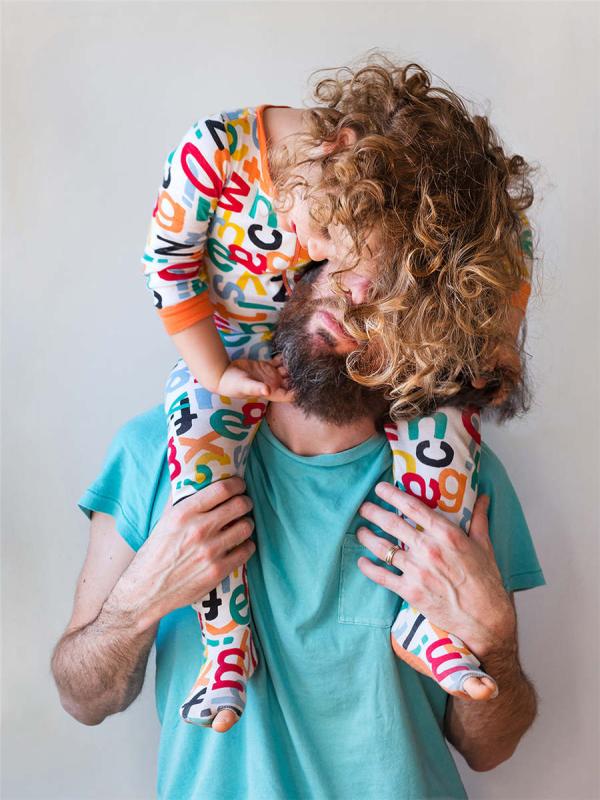 Pesqui and Papi explores the relationship between a son and his father. Employing a documentary technique, the series captures the intimacy and insanity of daily life. With unrestricted access - that only a mother can possess - the photo series illustrates the blurred line of what it means to be paternal in modern society, and whether the concepts of maternal and paternal warrant significant distinction. 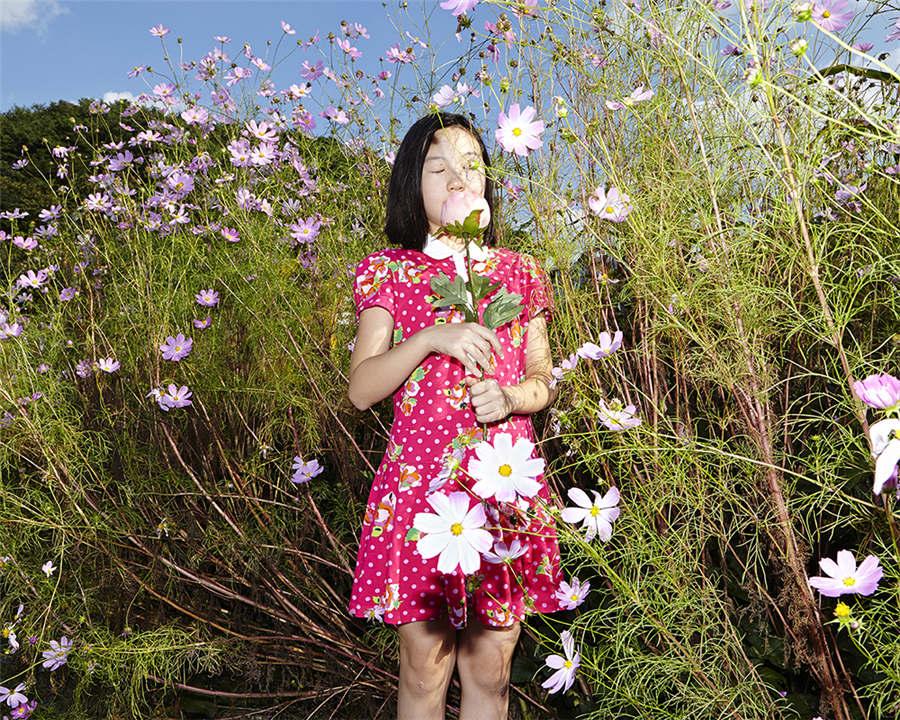 The title of this photograph is Plastic Tears, which signifies artificial tears and false tears. The photographer said that we live in a world full of fake, pretentious things. People do not like to reveal their faces to communicate with the world. They hide what they want to hide and reveal only what they want to reveal.

The photographer recorded mushrooms, which broke through the soil overnight, replacing the old mushrooms. Laurence hopes to arouse people's reflection on the decay and revolution of things in the artificial and natural environment. 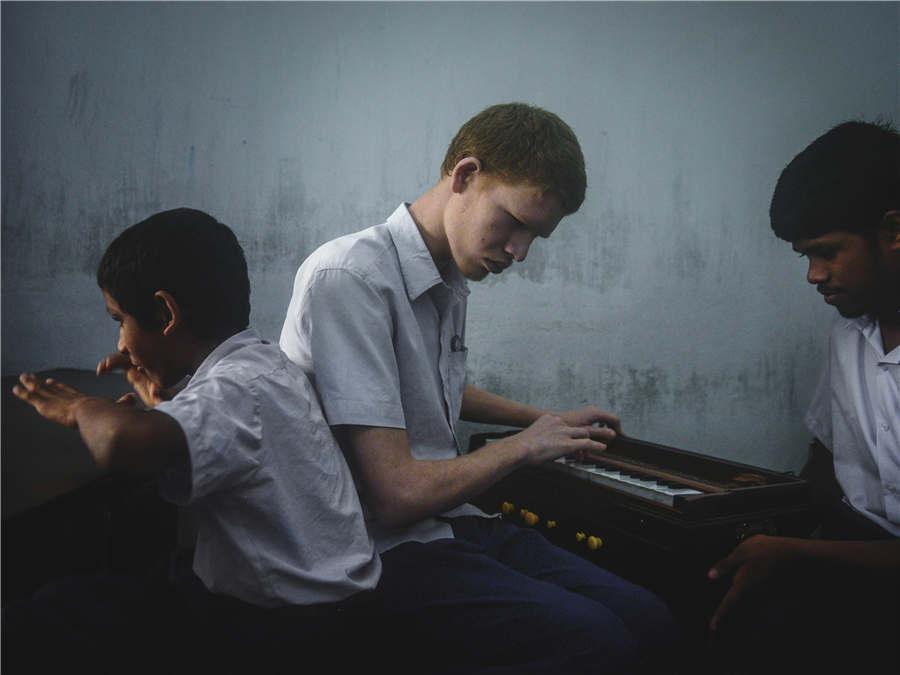 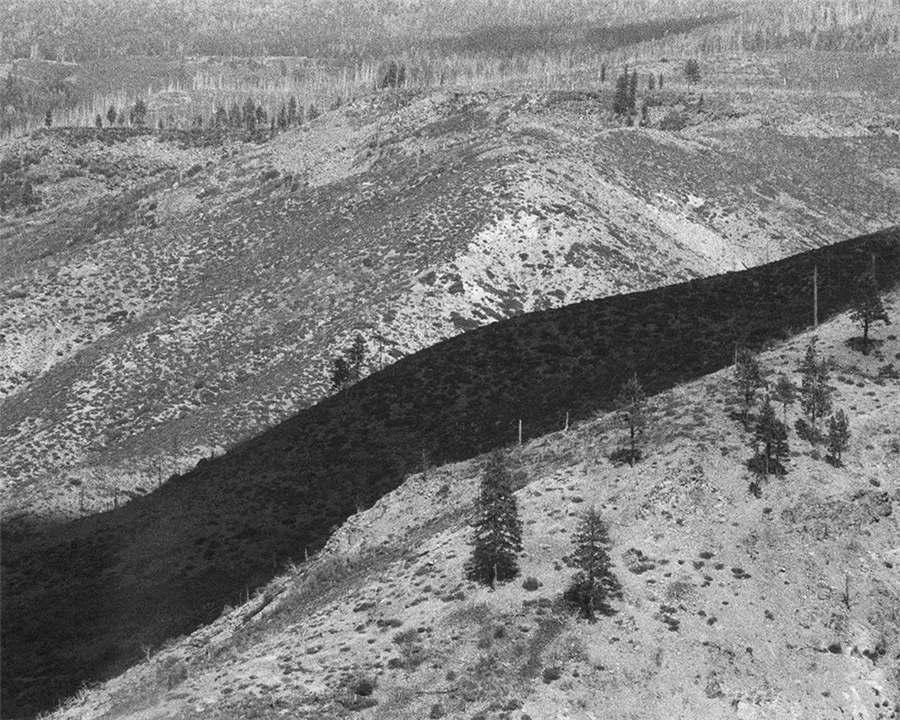 Where YA Been, by Anthony Tafuro (USA). (Photo provided to chinadaily.com.cn)

Where YA Been is a collection of images that take street photography, and landscape moments into a third eye type of realm. "Heads are floating, the skies are black during the day, and my hands were clammy during the entire process," the photographer said. 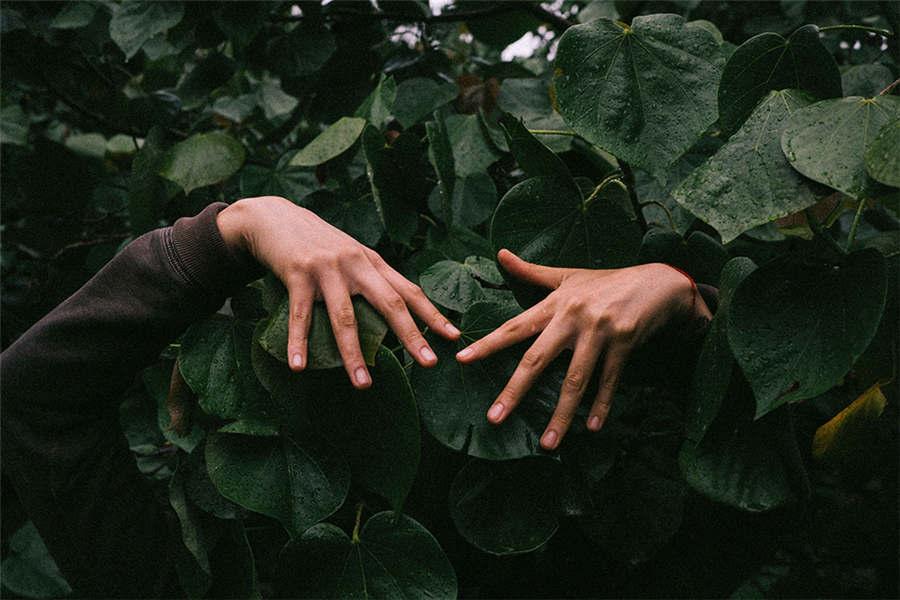 Llum is a photographic project inspired by the small moments of life. The little fragments that one by one, make this living worth it. The photographer said, "I chose Llum as the title for this project because it reminds me of my home and means 'light' in Catalan, as an intent of adding some glow to the small things that are right in front of us but take too long to really be visible." 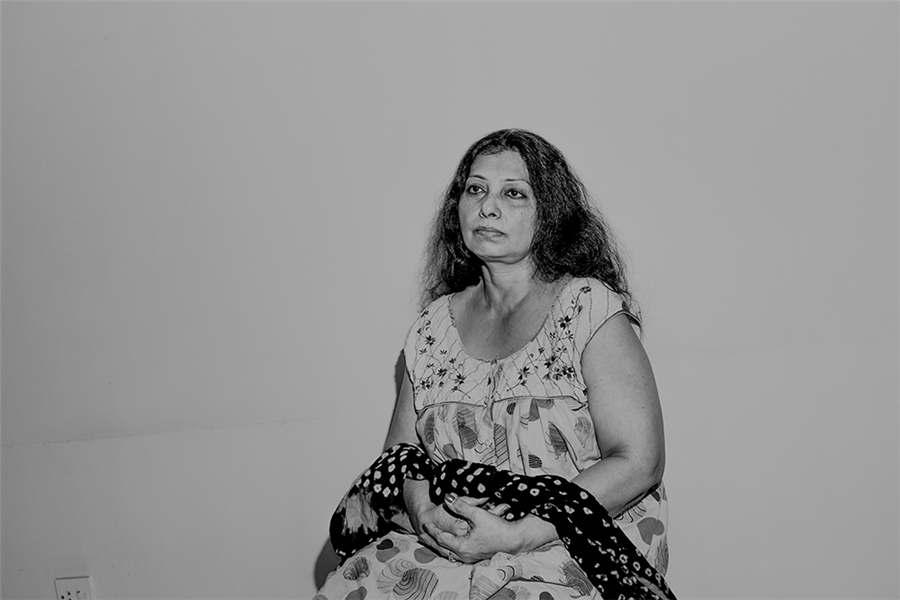 The photo series expresses the photographer's meditation on his deceased father. His father died of traffic accident on Feb. 15, 2010. 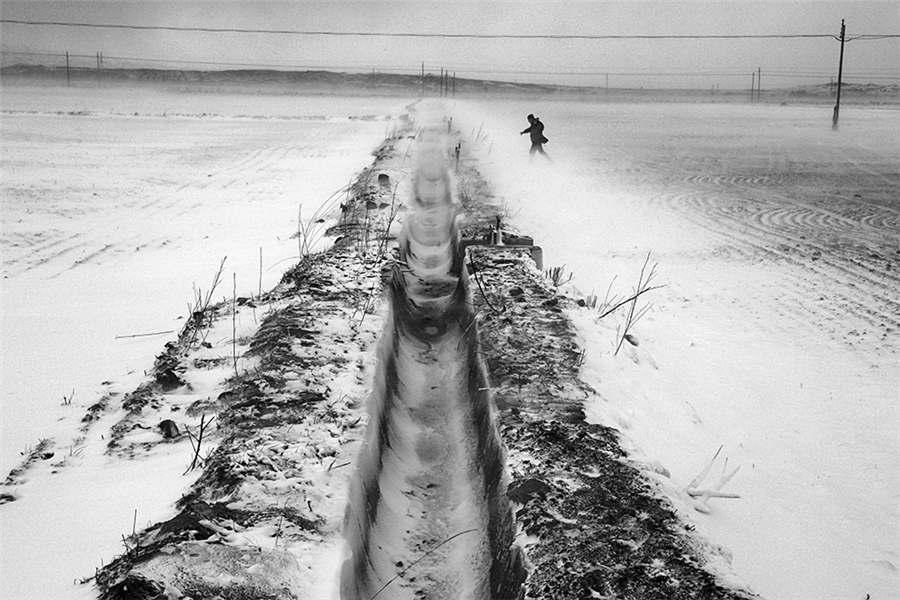 Through this photo project, the photographer hopes to discover the poetic life and the cultural scenes buried under ordinary circumstances, to approach the relationship between objects and their surroundings, and finally to build the spiritual homeland that belongs to him. 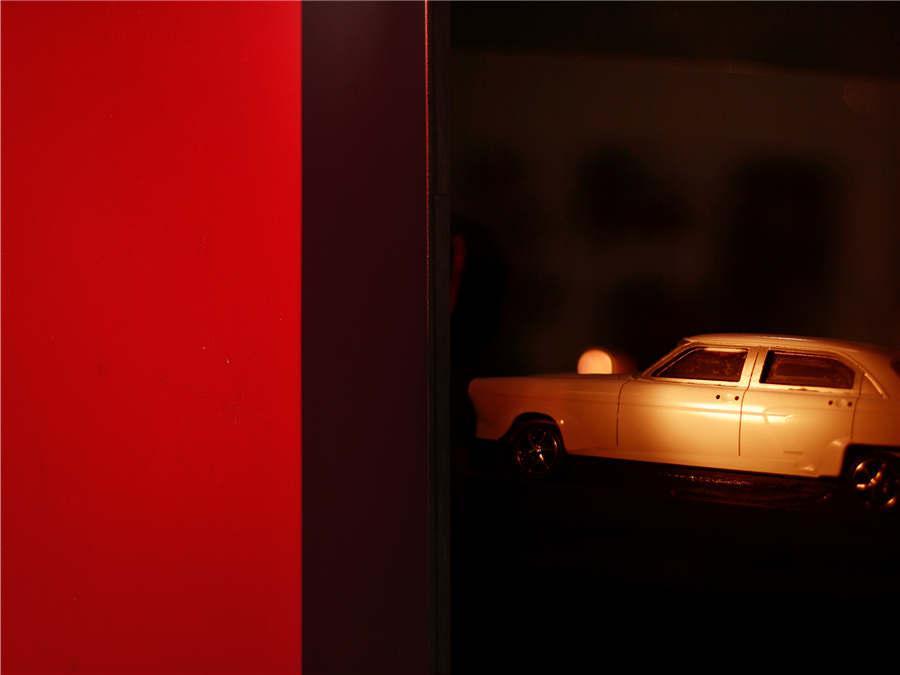 The photographer thinks that what we can see is only part of truth. Each selection we make will lead to the emergence of another parallel world. 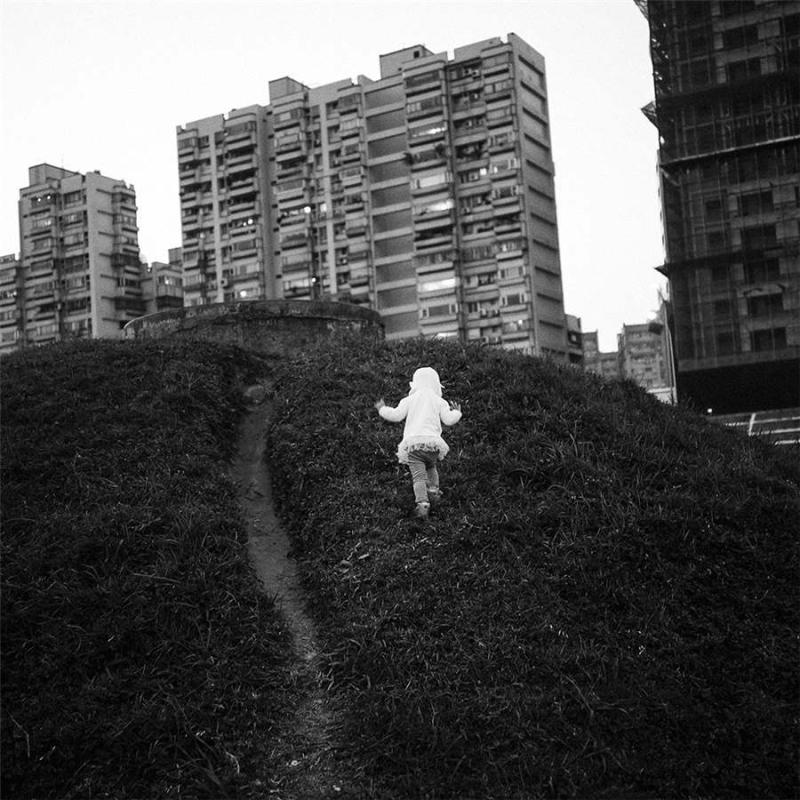 Back View, by Zhang Chi. (Photo provided to chinadaily.com.cn)

The photographer is always attracted to the mysterious back views, as they are unknown and feed people's imaginations. The photos of different back views also record the photographer's experience and feelings.

The event was hosted by the Photographic Art Center of the China Federation of Literary and Art Circles, and organized by the China Photographers Association (www.cpanet.org.cn), CPAnet (www.cpanet.cn) and Photointer (www.photoint.net).

The screening event is a debut, and the next stop will be the China Photography Art Festival held in Sanmenxia city in Central China's Henan province on Nov 18.