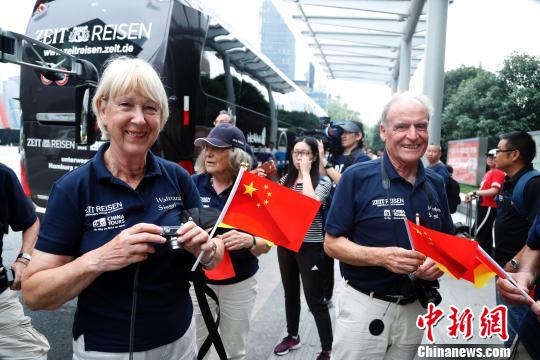 The 100 policies that the Shanghai municipal government released on Tuesday have been introduced to serve the nation's call for further opening-up by taking the lead nationwide and making the best of the advantages the city has gained over time.

Zhou Bo, executive vice-mayor of Shanghai, said at a news conference on Wednesday that more than 90 percent of the 100 policies will be implemented by the end of this year.

The implementation of 34 policies will need further support from the central government, "showing Shanghai's courage and determination for opening-up", said Zhou.

While Shanghai is aiming to set up a new open and international economic system with the 100 policies, Zhou stressed that the new round of opening-up will make no exception between foreign capital and Chinese private capital.

Li Zhaojie, deputy director of the administration committee of China (Shanghai) Pilot Free Trade Zone, said at the news conference that the Shanghai FTZ has established a number of professional platforms facilitating imports, covering intelligent manufacturing, alcohol, cosmetics, automobiles, engineering machinery, medical devices and culture. These platforms will become an important supportive part of the China International Import Expo to be held in the city in early November.

Ma Chunlei, deputy director of the Shanghai Municipal Development and Reform Commission, said that the introduction of the 100 policies is of great importance at a time when there is uncertainty in the international economy. Overseas companies can build positive expectations based on these policies. With this, Shanghai will be able to deepen its systematic environment and policy structure for opening-up.

At the Boao Forum for Asia in early April, President Xi Jinping said that China would remain committed to the strategy of opening-up for win-win results.

Xi said that China would take measures such as raising the foreign-equity cap in the banking, securities and insurance industries, and reducing the limits on foreign investment in the automobile, shipping and aircraft industries.