According to the report, the "top ten Internet terms of 2018" are based on the National Language Resources Monitoring database (Internet media section), which are extracted by intelligent information processing and manual filtering. The database contains a large number of annual language resources in different media forms such as network news and blog. Among them, the original file of the network comprises about 460,000 posts.

On December 15, leading Chinese linguistic magazine "Yao Wen Jiao Zi" also revealed its annual pick of words and phrases over the past year on social media, and many of “Chinese word and phrase in 2018” have already been included, such as 官宣 (guān xuān) which literally means “an official announcement,” 锦鲤 (jǐn lǐ) or “Koi fish,” and 佛系(fó xì) or “Buddha-like.” CGTN has already explained these words in the previous article.

The shortlist reflects people's lives and the hot issues that have come up in the past year, both in China and abroad, according to the experts. As the Ministry of Education (MOE) said that this year's words vividly depict the concerns, emotions, and joys of Internet users in 2018, and they have interpreted these words as follows. 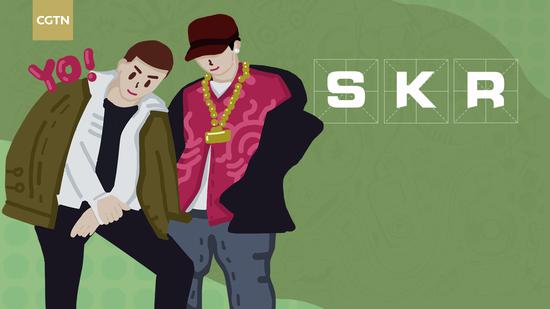 The word originally refers to the sound of car tire friction, after it was popularized by Kris Wu on the platform's show “The Rap of China,” the word quickly became a term of praise used by new hip-hop fans but was suddenly everywhere, and was spread by netizens who imitate.

In some situation, when something is recognized, people prefer to use "skr" to express admiration and praise.

As a new buzzword, "C" is an abbreviation of the English word "center."

The word originated from a reality show "Produce 101," in which 100 trainees were trained and recorded in a closed mode within four months. At last, nine winners were selected to form a new idol group, and the first-rank trainee would be the center or be the best position of the group. As MOE said, "center position" generally refers to the center of the stage or the artist's position in the middle or the most crucial spot of the poster.

“Debut by center position” was once a popular phrase in this year. In the beginning, “debut” was just a particular term for singers. In the Japanese music industry, joining the entertainment circle was only regarded as an entry. The debut was based on the official release of music or CD.

Made famous by talent show "Produce 101" this year, "center position" was also everywhere and highly-searched in 2018. 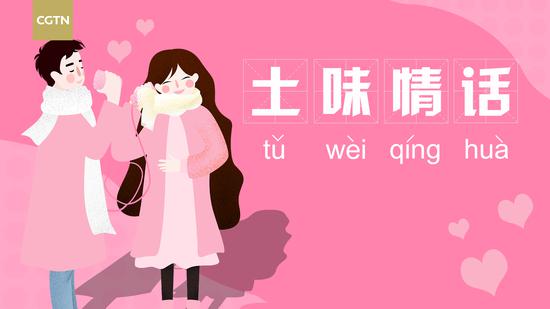 Cheesy pick-up lines simply refer to those smart, cheesy, and cute pickup lines in ways that manage to break the ice. Such as “Are you sure you're not tired? You've been running through my mind all day,” and “Do I know you? Because you look exactly like my next girlfriend.”

Although these lines sound too emotional, romantic and/or embarrassing in some way, however, this kind of cold humor of love words still cannot escape the search of Internet users. 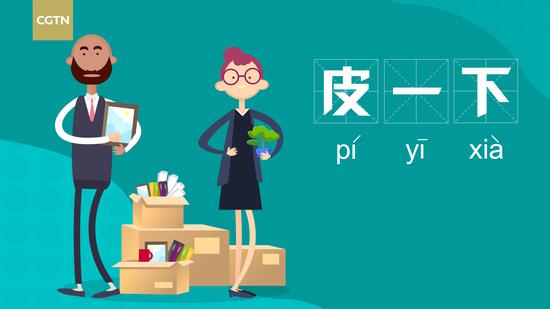 The word comes from a Shaanxi dialect, became popular in-game commentary program and e-sports and had been widely used on social networks. 皮 (pí) literally means “naughty,” or “prankish” in a dialect. This phrase is used to make fun of someone who is mischievous and doesn't play by the rules. 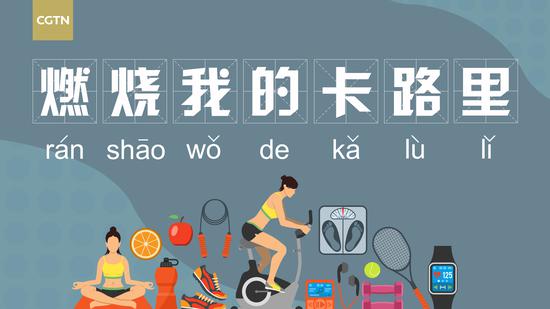 This is the lyrics of the song "Calorie" sung by ‎Rocket Girls 101. Because of its unique melody and lyrics, the song has become a hit all over the Internet, also becoming a hot melody for square dancing and gym.

The campaign, which began in 2006, aims to let netizens describe China and the world in one word at a time, to highlight the charm of Chinese language and record social changes. This year's campaign is the 13th of its kind.

(Images are designed by Liu Shaozhen)