Cultural relics of traditional Chinese medicine on display in Chengdu 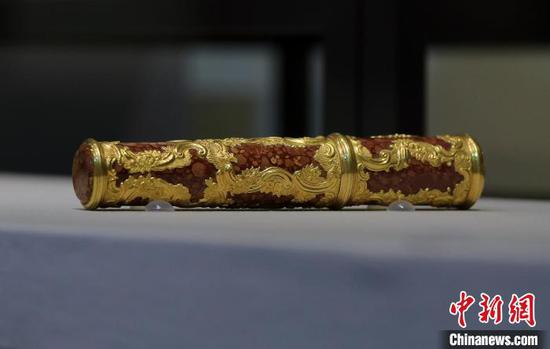 A medicine container debuts at the exhibition. (Photo provided to the China News Service by Chengdu Museum)

More than 300 sets of exhibits, including ancient tortoise shells, medical operation tools, prescriptions, medical books dating back to the second millennium BC, were showcased at the exhibition. Nearly 100 of the exhibits are first-class cultural relics in China.

The Tianhui medical bamboo slips unearthed from the No. 3 Han Dynasty Tomb at Laoguanshan, Tianhui Town, Chnegdu, also made their debut at the exhibition.