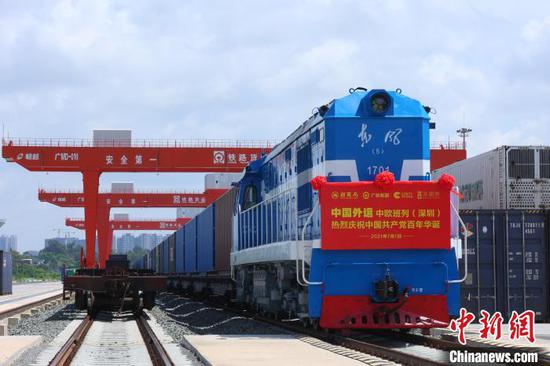 The four cross-border trains would arrive at Duisburg in Germany, Vorsino in Russia and Minsk in Belarus as scheduled after about half a month's journey.

It is the first time that Sinotrans has simultaneously launched several cross-border trains from different cities.