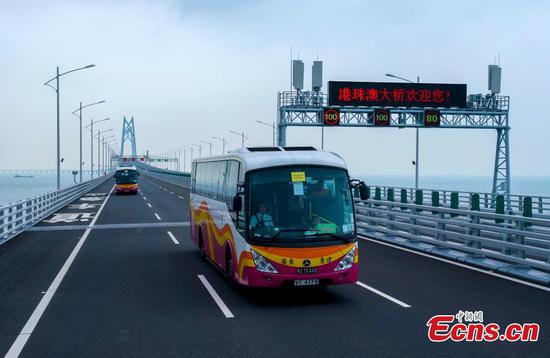 Cars with valid Closed Road Permits (CRPs) going to or returning from Zhuhai Port will be allowed to use the bridge without restriction.

The trial period will tentatively cover two years. The arrangement is not applicable to vehicles travelling to Macao Port over the bridge.

The first phase of trails will start from Feb. 25 and end on Feb. 24, 2021. The policy covers crossings at Lok Ma Chau (Huanggang), Man Kam To and Sha Tau Kok. The second phase starts from April 29 until April 28, 2021 for cars travelling to Shenzhen Bay Port.

The department reminds permit holders with dual-plate private cars that they should possess a valid CRP for their original crossing and bring along the approval letter for use at Hong Kong Port.