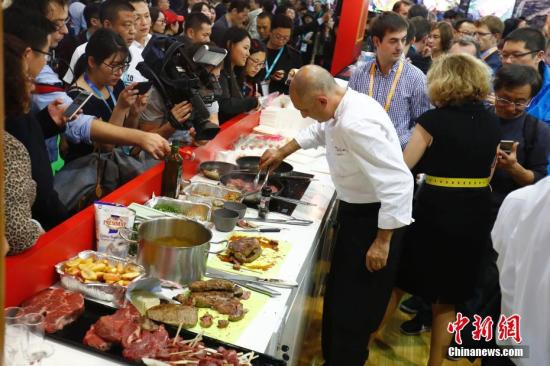 A chef cooks food for the audience at the first China International Import Expo in Shanghai, Nov. 6, 2018. (Photo/China News Service)

(ECNS) - The first China International Import Expo (CIIE) has sent a clear signal that the Chinese market is open to high-quality milk, meat and other food produce from around the world.

"China's demand for imported food is great," said Bi Kexin, director of the Import and Export Food Safety Bureau of the General Administration of Customs, at the ongoing expo.

China imports a large amount of meat, dairy products, fruits and nuts from more than 180 countries and regions around the world, and this trend will continue, Bi added.