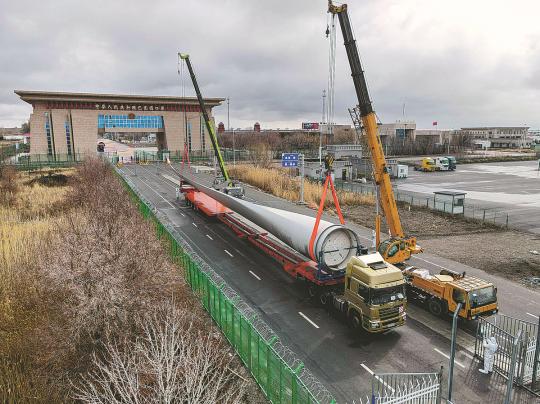 Economic and trade ties between China and other members of the Shanghai Cooperation Organization (SCO) will be enriched by closer cooperation in the areas of digital trade, green development and services sector despite challenges threatening the recovery of the global economy, said government officials and experts.

With all SCO members accelerating the implementation of the United Nations 2030 Agenda for Sustainable Development and reinforcing ties in areas of common interest, such as production capacity, transport, finance and telecommunications, the group's economic cooperation will expand from trade and investment activities concentrated mostly on energy, natural resources, infrastructure and agriculture to more sectors.

The SCO was established in Shanghai in 2001 by China, Kazakhstan, Kyrgyzstan, Russia, Tajikistan and Uzbekistan. The organization expanded in 2017 to include India and Pakistan. Several other countries, mostly in Central Asia and the Middle East, have applied for observer status.

SCO member economies have followed the trend of digital development and deepened regional economic cooperation in digital fields such as smart cities, telemedicine and smart manufacturing over the past several years, according to information released by the Ministry of Commerce.

"We believe that with the support and effort of all parties, mutually beneficial cooperation in digital trade will help create an atmosphere of extensive consultation, joint contribution and shared benefits, strongly supporting regional stability and sustainable growth," Li said at the China-SCO Digital Trade Roundtable Seminar held in Beijing in early September.