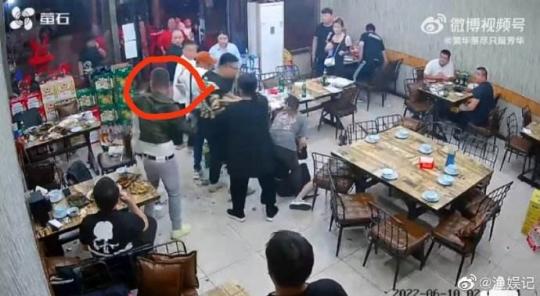 He also called for efficient measures and harsher punishments for people who make provocations toward or damage the legitimate rights of women, children, the elderly or the disabled.

He set forth the requirements on Monday, soon after footage of the high-profile assault incident in Tangshan, Hebei, went viral online and aroused a public outcry.

In the footage recorded during the early hours of the morning on Friday at a barbecue restaurant in the city, a male customer is seen allegedly harassing a female customer and then brutally attacking her after she resisted his advances. The man's companions later joined in, beating the woman and her female friends.

In the video, the female customer can be seen being thrown to the ground, hit and stomped on before the assailants fled the scene.

By Saturday afternoon, nine people suspected of the assault had been detained. The next day, prosecutors in Langfang, Hebei, approved the detentions.

Later, the province launched a campaign to improve public order and provided channels for people to report criminal activities they have encountered. The move aims to crack down on offenses, including intentional injury, extortion and drug abuse, and to guarantee people get justice.

Peng Xinlin, a law professor from the College For Criminal Law Science of Beijing Normal University, said that the male customer's alleged acts of harassing the female customer and gathering his friends to beat the woman and her friends might constitute the crime of provocation.

In the video, the man grabbed the female customer's hair in a public place and dragged her out of the restaurant after she reacted to his behavior. Several assailants used beer bottles to attack the woman and her companions. "The behavior has seriously damaged the victims' health and disturbed public order," Peng said.

He added that the beating could be deemed a "serious instance" of the charge, "as it occurred in a public place and involved several suspects, with beer bottles used as weapons in the attack and causing injury to the victims".

Under the Criminal Law, those who commit such serious actions and are found guilty of provocation will face a sentence of up to five years in prison.

Zhao Li, a criminal lawyer at Beijing Jingsh Law Firm, said that the suspects may also be charged with the crime of intentional injury and affray.

According to the law, those convicted of intentional injury will be given a prison term ranging from three to 10 years if victims are found to have been seriously injured.

People convicted of affray will also be sentenced to three to 10 years, "if the offense was committed in a public area using objects as weapons, such as the chairs and bottles in the video", Zhao said.

He added that the law stipulates that courts should punish criminals in line with the most serious crime if their actions involve a number of criminal charges.

But Peng said that sentences will depend on the judges after a more comprehensive investigation, as the final result will also relate to whether the suspects plead guilty and how much civil compensation they pay the victims.

Considering some netizens questioned whether the suspects can be identified as a gang, both the experts said that it depends on further investigation to figure out whether they often gather to engage in illegal activities and use violent means to threaten or harm local residents.

"The determination that they are a gang cannot be made solely on the beating in this case," Zhao said. "Authorities need to find out more details."