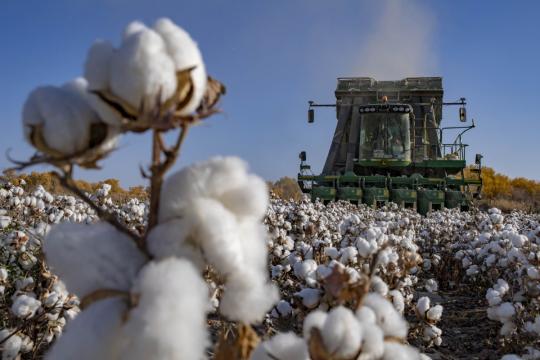 Washington's intention behind move is to limit China's stability, development

The United States government is "upgrading and reshaping" its production line of rumors about the Xinjiang Uygur autonomous region, in its latest effort to create the pretext for a new round of sanctions and pressure on China, sources familiar with the matter told China Daily.

The sources said multiple U.S. departments are coordinating efforts to formulate Xinjiang-related propaganda strategies in order to spread negative information about the region in an organized way.

The specific measures include encouraging U.S. academic institutions, think tanks and nongovernmental organizations to constantly fabricate so-called research reports about Xinjiang and publish related books. The U.S. government will provide suggestions and advice in this regard, sources said.

The U.S. Agency for Global Media, which includes the Voice of America, will be instructed to produce news reports as well as "propaganda materials" about "genocide "and "forced labor" in Xinjiang in dozens of languages, China Daily was told. In the meanwhile, the agency will coordinate the media networks in countries allied with the U.S. to reprint and promote such "products".

According to the sources, U.S. internet media companies will also participate in this effort through weakening and even blocking true information about Xinjiang released by China while providing technical assistance for anti-China forces to spread false information related to the region. Such efforts will also be financially supported by the U.S. government, sources said.

When asked about the matter at a regular news briefing on Wednesday, Foreign Ministry spokesman Wang Wenbin said people can see in this effort that the U.S. government is directly leading the fabrication and spread of Xinjiang-related lies by marketing such products itself.

"This fully exposed Washington's real intention of using Xinjiang-related issues as the pretext to undermine China's stability and development," Wang said, adding that lies and rumors will collapse in the face of facts and truth.

According to the ministry, more than 2,000 experts, scholars, journalists and diplomats from more than 100 countries and regions have visited Xinjiang since December 2018.

At meetings of the 46th, 47th and 48th sessions of the UN Human Rights Council and the Third Committee of the UN General Assembly last year, nearly 100 countries have spoken in support of China's position on Xinjiang-related issues and opposed unwarranted accusations against China out of political motives and based on disinformation.

"The lies spread by U.S. politicians to smear China will only damage their credibility and let the world clearly see their malicious intentions," he said, adding that China welcomes all unbiased people from other countries to visit Xinjiang.