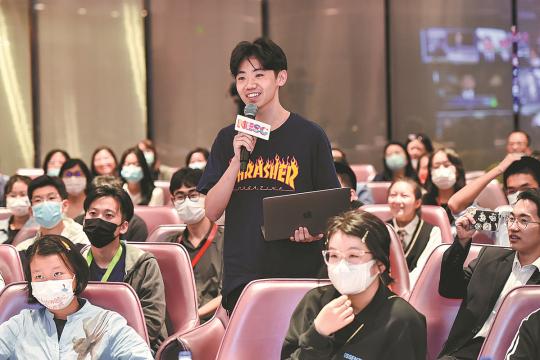 Chinese Ambassador to the United States Qin Gang has called on young people from the two countries to build a better bridge for bilateral friendly exchanges and contribute to the bright future of both countries and the world.

Qin made the remark while participating in the online Generation Z China-U.S. Youth Dialogue on Monday, which was hosted by the China Public Diplomacy Association in Malipo county, Yunnan province. Generation Z refers to people born between the mid-to-late 1990s and the early 2010s.

China and the U.S. are two major countries with a combined population of 1.7 billion, and the relationship between these nations and their peoples has a bearing on the future of all of humanity, Qin said in his video speech.

While the two nations have different perspectives on some issues due to their different histories and cultures, they still have a common range of human emotions and both have a yearning for a better life, he said.

"We should communicate and listen to each other's differences in a respectful and inclusive manner," Qin said.

The ambassador said he hopes that Generation Z from both countries will show more love to the world. According to Qin, Malipo county has received support from U.S. friends in its poverty alleviation work.

The National Basketball Association in the U.S. recently donated two basketball courts to a middle school in the county, and a Chinese American girl, Gong Changci, established the "Bridge Foundation" to fund poor students in the county.

People-to-people exchanges, including communication between youngsters, are the social foundation of China-U.S. relations, Foreign Ministry spokesman Wang Wenbin said at a news conference on Tuesday when commenting on the dialogue.

Wu Hailong, head of the China Public Diplomacy Association, said at the dialogue on Monday that he hopes young people from China and the U.S. will have an open and tolerant attitude and view each other's country in an objective and rational manner.

He said he hopes they will enhance mutual understanding and trust through communication.

Joe Cobb, a member of the Roanoke City Council in the U.S. state of Virginia, recalled his visit to Lijiang in Yunnan in 2018, saying that he believes that the Chinese and U.S. people will uphold their firm faith in bilateral friendship and overcome any obstacles to developing friendly relations.