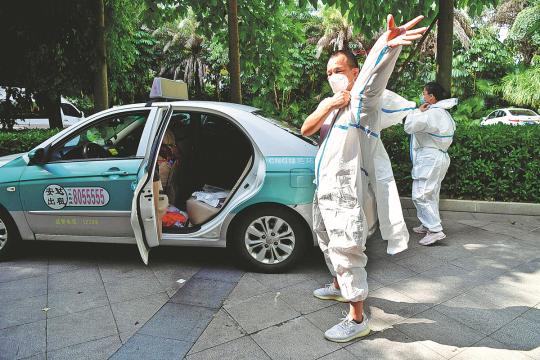 Chinese biotechnology company Clover Biopharmaceuticals said on Wednesday that a large trial shows its two-dose COVID-19 vaccine is 79 percent effective against the fast-spreading Delta variant, which was first detected in India.

The vaccine candidate is 92 percent effective against the Gamma variant first identified in Brazil, and 59 percent against the Mu variant first detected in Colombia, according to joint statement issued by the company and the Coalition for Epidemic Preparedness Innovations, a nonprofit organization that funded the clinical trial.

The vaccine is the "first COVID-19 vaccine to demonstrate significantly reduced risk of COVID-19 disease in previously infected individuals, a growing and increasingly important population as SARS-CoV-2(the novel coronavirus that causes the disease) continues to spread globally", it said.

The protein-based vaccine uses protein fragments of the virus to trigger immune responses, and requires the use of an adjuvant to achieve desired protection.

Clover Biopharmaceuticals, which is based in Chengdu, Sichuan province, said its adjuvant is supplied by the US company Dynavax.

More than 30,000 adults-some of them elderly-in the Philippines, Brazil, Colombia, South Africa and Belgium were enrolled in mid- and late-stage clinical trials. They were either given two doses administered 21 days apart or a placebo.

Like the inactivated vaccines widely deployed in China, the experimental vaccine can be stored at regular refrigerated temperatures of 2 to 8 C, making its transportation and distribution easier.

The company said it plans to submit applications for conditional market approval to global regulatory authorities in the fourth quarter of the year and is aiming for a potential market launch by the end of the year.

Clover Biopharmaceuticals is also a supplier to COVAX, an international initiative that distributes vaccines to low- and middle-income countries.

The company signed an advance purchase agreement with Gavi, one of the co-leaders of COVAX, in late June to provide 414 million doses of its vaccine to the initiative by next year.

However, the product has to first gain emergency use authorization from the World Health Organization, which is anticipated in the fourth quarter of this year, according to Gavi.