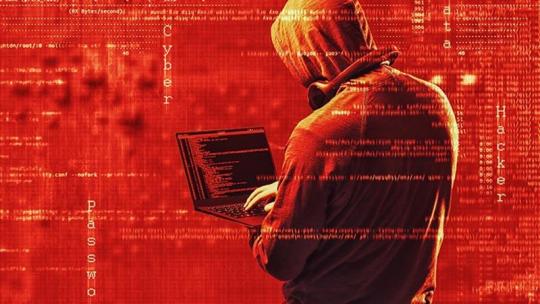 Cyberattacks coming from overseas domains surged hugely in the first half of this year on the mainland, posing a great threat to national security. [PHOTO PROVIDED TO CHINA DAILY]

The number of infected computers controlled by trojans or botnets on the Chinese mainland has surged dramatically — soaring by more than 45 percent year-on-year to 4.46 million in the first half of 2021.

According to the China National Vulnerability Database, most of the cyberattacks came from overseas domains.

In the digitalization era, the data security of internet platforms is not only the concern of individuals, but is also vital to national security, including national defense and financial security.

Therefore, it is imperative to strengthen the supervision of internet platforms, and countries are trying to regulate data-rich companies.

Unite States President Joe Biden signed an executive order in June to protect personal data from foreign adversaries, while the General Data Protection Regulation — one of the strongest pieces of legislation globally to govern the collection and use of personal data — took effect in the European Union in 2018.

China's data security law will be enforced on Sept 1 to create a basic system for data management, data security review and risk assessment.

Zhang, who is also director of the Research Center for FinTech and Social Finance at the Shenzhen Finance Institute, told China Daily that cross-border analysis of data on these platforms, along with those acquired from other conduits, such as satellite data, could reveal much detailed information. And these don't require very complicated computing techniques.

Besides risks involving key institutions, and military and infrastructure projects, there are financial risks, involving national security, as well as enterprises themselves.

"If the transportation statistics of a raw materials provider suddenly surge, it could indicate that demand for the materials is rising in China," he explained. "Such information could become an important leverage in international business negotiations."

Top internet-based recruitment companies could also reveal a significant amount of business information, as intensive recruitment for a position could indicate a firm's key research and development direction, Zhang said.

Various industries in the energy, education, medicine and public services sectors possess sensitive data, and companies whose user base accounts for 20 to 40 percent of a region's total population could deliver crucial local messages, he noted.

According to academic research, the volume of a company's data on cloud platforms and express delivery could present an accurate portrait of the enterprise.

However, Zhang pointed out that more international fundraising alternatives, including IPOs and mergers and acquisitions overseas, will benefit investors and the companies involved. Therefore, regulations are needed to safeguard and promote the global development of the digital economy.

He urged private companies to set up risk management mechanisms to deal with data that is either generated from their operations or obtained from customers, and create "data firewalls" accordingly so that they could take prompt action to deal with data-related issues.