Taliban vows to have ties with all countries, denies kidnapping of foreigners at Kabul airport 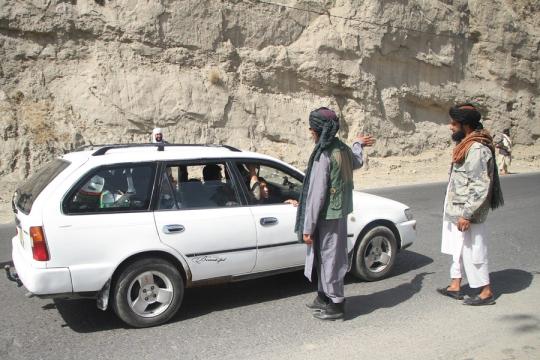 The Taliban said on Saturday that it intended to have diplomatic and trade ties with all countries around the world, including the United States, while its political chief had reportedly arrived in Kabul to discuss the formation of a new government.

"The Islamic Emirate of Afghanistan wants diplomatic and trade ties with all countries, particularly with the United States of America," Mullah Abdul Ghani Baradar, political chief of Afghanistan's Taliban, wrote on Twitter on Saturday.

Baradar denied media reports that the Taliban had not intended to have diplomatic and trade ties with the United States.

"We never talk about cutting trade ties with any countries. Rumor about this news has been a propaganda. It is not true," he said.

Earlier in the day, Baradar reportedly arrived in Kabul from southern Kandahar for consultations with Afghan leaders about the formation of a broad-based new government. He returned to Kandahar from Doha, capital of the Gulf state of Qatar on Tuesday.

Taliban spokesman Zabihullah Mujahid has said they intended to form an inclusive government and did not want to have any internal or external enemies.

In another development, a Taliban official denied reports that foreign nationals were kidnapped near the Kabul airport, where people still crowded amid US-led evacuation efforts.

"The report about kidnapping is a rumor. The Taliban members are helping all foreign nationals to get access to the airport. We are determined to provide safe passage to all foreigners to get to the airport," Ahmadullah Waseq, a Taliban spokesperson, told local media Eitlalatroz.

He said Taliban forces were escorting about 150 Indian citizens to safely enter the airport.

Following the Taliban's takeover of the Afghan capital on Sunday, thousands of Afghans flocked to the Kabul airport to try to leave the country.

The evacuation flights were continuing as three flights took off on Saturday morning, Kabul resident Farhad Mohammadi said. Nearly 6,000 US troops have been deployed at the airport to help with the civilian departure.

At least 12 people have been killed in gun shootings and stampedes in the airport since Sunday.

The situation in Afghanistan remains uncertain after the Taliban's swift takeover of most parts of the country. However, normalcy has been seemingly returning to Kabul.

"Security situation is better than the past, but fluctuation in the prices of food items in market is a matter of concerns for people and the Taliban has to check the prices as the people are poor and can't afford," Kabul resident Mukhtar Hayat told Xinhua.

He expressed delight over the improvement of situation as few crimes such as theft and robbery had been reported and there had been no bomb blast or suicide attack recently.

Meanwhile, Western nations have been scrambling to speed up evacuations from Afghanistan.

US President Joe Biden said the United States has made "significant progress" and evacuated from Afghanistan over 18,000 people since July and 13,000 since Aug 14.

The US president once again defended his decision for the withdrawal of US troops from Afghanistan.

"Let's put this thing in perspective here. What interest do we have in Afghanistan at this point with al-Qaida gone? We went to Afghanistan for the express purpose of getting rid of al-Qaida in Afghanistan as well as getting Osama bin Laden, and we did," Biden said in a televised speech from the White House on Friday.

Biden, who has been widely criticized on the botched pullout, said he has "seen no question of our credibility from our allies around the world."

"And all our allies have agreed with that ... everyone of them knew and agreed with the decision I made to end - jointly end - our involvement in Afghanistan," he said.