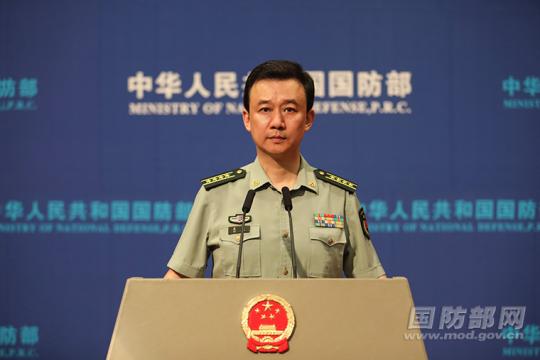 Wu said in a statement published on Friday night that Kishi's visit once again showed Japan's wrong attitude toward its shameful history as an invader and its wicked intention of challenging the postwar international order.

China has made solemn representations to Japan on the matter, Wu added.

"A nation will have no future if it cannot face its history. We demand that Japan must truthfully reflect on its history of aggression, always keep its lessons in mind, take measures to correct its wrongdoings and make good deeds to win trust from its Asian neighbors and the international community," said the spokesman.

Wu also said that the Japanese defense authorities had recently engaged in a lot of "negative acts" when they dealt with issues related to China. They ganged up with countries outside the region to vilify China's defense policies and military development, and conducted exercises targeting China. They also meddled in the Taiwan question, which is purely an internal affair of China, and carried out provocative moves in the South China Sea. These acts have seriously disrupted China-Japan defense ties.

"We urge the Japanese side to drop its Cold War mentality …and work with China on the basis of mutual respect and noninterference in each other's internal affairs, and to advance defense ties along the right path," said the senior colonel.