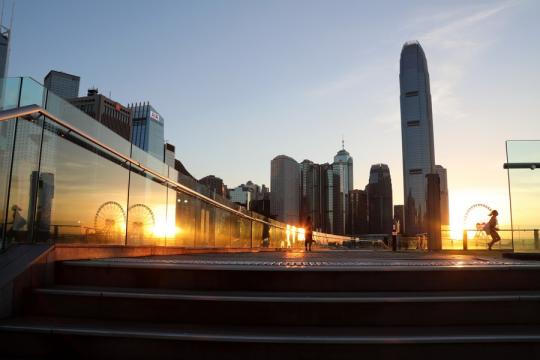 A high-level central-government official in charge of Hong Kong affairs called on Hong Kong society to stay united and focused, cooperate with the local government, and work with the mainland in the battle against the latest coronavirus resurgence.

The central government is ready to assist the city, and by close cooperation, health authorities can focus on reining in the local outbreak, a spokesman for the Hong Kong and Macao Affairs Office of the State Council said on Monday night.

"The central government is very concerned about Hong Kong people's health and safety, and will provide all necessary support at any time at the request of the SAR government," he said.

While stressing that the most pressing mission for Hong Kong now is to contain the outbreak, the spokesman denounced "a small group of people driven by political bias" that has been slandering the intent of mainland authorities' rendering assistance to the city.

Such conduct has totally ignored Hong Kong people's lives, and should be condemned by all of society, the spokesman said in a statement.

The spokesman spoke highly of the SAR government's response to the latest outbreak, but noted that the city's public-health system and virus-testing capacity have been stretched nearly to their limits.

The central government will help the city in testing and building temporary quarantine and treatment centers, in addition to providing medical supplies and daily necessities that the mainland has delivered to the SAR since January, he added.

The spokesman concluded by saying that with the central government's support and concerted efforts from all sectors in the city, Hong Kong will surely win the battle against COVID-19.