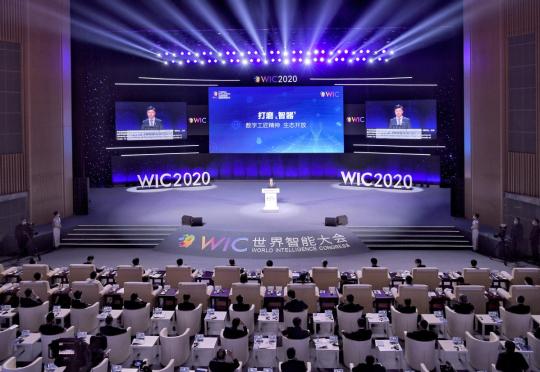 Smart technology is not only integral to the prevention and control of the novel coronavirus epidemic but also the driving force of high-quality development and economic growth in China, participants at the Fourth World Intelligence Congress in Tianjin said on Tuesday.

Smart technology has played a pivotal role in the prevention and control of the pandemic, helped in work resumption and restoration of economic and social development, said Li Hongzhong, secretary of the Tianjin Municipal Committee of the Communist Party of China.

According to Li, who is also a member of the Political Bureau of the CPC Central Committee, smart technologies have spurred Tianjin's high-quality development and efforts will be stepped up in the fundamental research and application of technological innovation, its use in fields like artificial intelligence, new-generation information technology industry, intelligent manufacturing and other new types of infrastructure.

Wan Gang, vice-chairman of the National Committee of the Chinese People's Political Consultative Conference, and chairman of the China Association for Science and Technology, said AI-powered technologies have been widely applied in a range of sectors, such as genetic testing, research and development of new drugs and vaccines, noncontact remote temperature screening, intelligent recognition and medical imaging analysis during the pandemic.

"In the long run, we will continue to promote the integration of AI with the real economy, accelerate the technological innovation of large, medium and small-sized enterprises and bolster the intelligent development of small and medium-sized enterprises," said Wan.

Tianjin, a major port city in northern China, has been actively embracing AI, smart manufacturing and other related smart technologies to stay abreast of key developments.

Ren Yuxin, chief operating officer of Tencent Holdings Ltd, said the company will deepen its strategic cooperation with Tianjin, and will build a new big data center in the city, as part of its broader drive to boost the coordinated development of the Beijing-Tianjin-Hebei region.

The pandemic has sped up the digitalization push of the traditional industry, said Ren, while noting they will increase investments in "new infrastructure" and promote the development of industrial internet.

China is also speeding up the construction of "new infrastructure" projects such as 5G networks and data centers and shoring up information services.

Yang Yuanqing, chairman and CEO of Lenovo Group Ltd, said the COVID-19 outbreak has accelerated the reshuffle of the global supply chain and forced China to quicken the transformation of its growth model. "We should strive to enhance the level of automation, digitization and intelligence, as well as expedite supply-side structural reforms."

Yang said more efforts are needed to promote the "smart economy" that is driven by digitalized and intelligent technologies, in a bid to boost consumption growth, and spur transformation and upgrade of China's manufacturing industry.