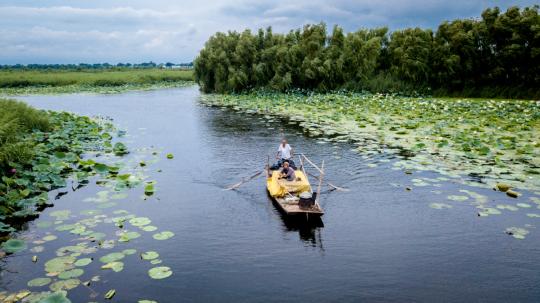 China has managed to vastly reduce the emissions of some major pollutants from 2007 to 2017 while significantly beefing up pollutant disposal capabilities, a senior environmental official said on Wednesday.

From 2007 to 2017, the emissions of sulfur dioxide, chemical oxygen demand and oxynitride went down by 72 percent, 46 percent and 34 percent respectively, Vice-minister of Ecology and Environment Zhao Yingmin said at a news conference for the release of the Bulletin on the Second National Census of Pollution Sources.

"This shows the great achievements China has made in its pollution control campaign in recent years," he said at the conference organized by the State Council Information Office.

He also said that despite continuous increases in their outputs, major industrial sectors in the country have seen emissions of major pollutants decline significantly thanks to the country's efforts to optimize industrial structures.

Meanwhile, the emission of chemical oxygen demand from papermaking plummeted by 84 percent during that time. The discharge of sulfur dioxide in the steel industry also dropped by 54 percent, he added.

"The quality of economic development in the 10 years has been enhanced," he said.