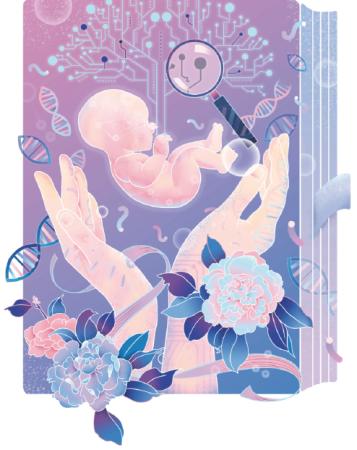 In November 2018, biologist He Jiankui pushed mankind across a controversial threshold when he announced he had created the world's first gene-edited babies in an attempt to make them less susceptible to AIDS.

Genetic editing has been hailed as a revolutionary technology with huge applications in a range of fields, from agriculture to medicine, but its relative simplicity and accessibility mean its abuse could spell disaster for the world.

The gene editing of human embryos for reproductive purposes is widely considered off-limits.

In 2015, two of the world's top scientific journals, Nature and Science, published statements warning against such experiments.

They said edited cells could be used to pass the modifications to future generations, creating ramifications such as designer babies or genetic inequality.

He's experiment was universally condemned. On Dec 30, he was sentenced to three years in prison and given a 3 million yuan ($428,500) fine for illegal practices, including forging ethical approval documents and practicing medicine without a license.

He also received a lifetime ban from conducting research in the field.

After the controversy, China began tightening the rules related to gene-editing technologies and ordered scientists and institutions to improve ethical oversight.

In an unprecedented move, drafts of the country's new civil code have listed human genes and embryos as fundamental rights that deserve protection.

The code dictates that all medical and scientific research related to human genes and embryos must follow strict rules, laws and regulations. Also, the research should not endanger people's health, violate moral or ethical norms, or undermine public interests.

Experts said the long-awaited regulation is a major step in the nation's efforts to uphold research ethics and hold accountable anyone who manipulates human genetic resources.

They added that improved ethics education for scientists, refined details related to rules and the punishment of violations, plus a multitier ethics review system, are the next steps in improving the effectiveness of China's oversight of scientific research.