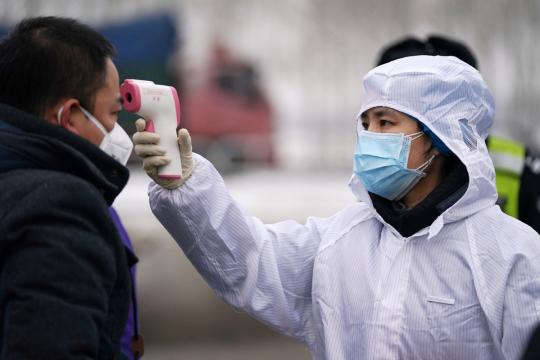 Hubei provincial authorities on Wednesday mobilized medical supplies and protective gear valued at 30 million yuan ($4.3 million) and delivered them to Heilongjiang province, which has been stricken by the novel coronavirus outbreak, to help it fight the epidemic.

The first batch of the materials was delivered to the city of Suifenhe at the China-Russia border in Heilongjiang on Wednesday as the city witnesses a mounting number of confirmed cases of infected patients from overseas.

As of Tuesday night, the Suifenhe entry port, a major land checkpoint at the border, has reported 334 imported cases of the virus since March 26, when the first imported infection was found.

The medical assistance came as Hubei, which was severely hit by COVID-19 at the end of January, has essentially stopped the epidemic thanks to the united efforts made by people from around the country.

As medical workers rushed to Hubei to help the province fight the epidemic, a total of 1,554 doctors and nurses from Heilongjiang also pitched in to support Wuhan, the provincial capital and the city most severely hit by the virus, and the city of Xiaogan.

In addition, Heilongjiang also delivered 3,000 metric tons of rice to Hubei to provide it with adequate daily necessities.

Hubei authorities said that they are concerned over the development of the epidemic situation in regions that have helped and supported the province during the outbreak, and it will provide assistance to them to the best of its ability while preventing and controlling the epidemic in the province.