'Oumuamua origin story: How the interstellar visitor may have been born(1/4) 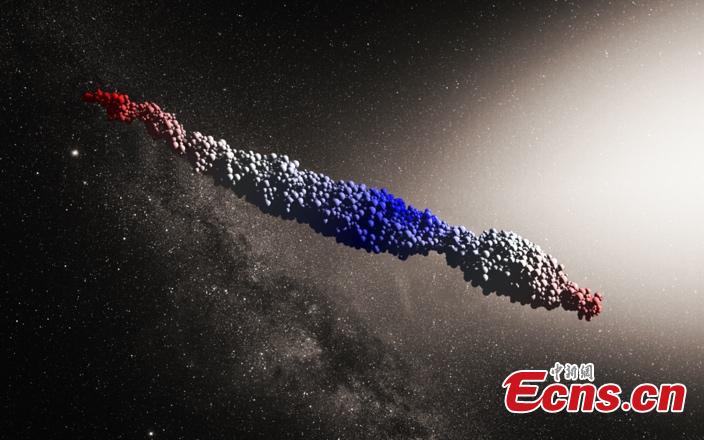 This simulation depicts the interstellar object 'Oumuamua as a mass of fragments forced into an elongated shape by stellar tidal forces. (Photo/ESO/M. Kornmesser)

Our solar system's first known interstellar visitor may have a very violent origin story. The mysterious object 'Oumuamua, which was spotted zooming through the inner solar system in October 2017, is probably a fragment of a larger body that was torn apart by gravitational forces during a close flyby of its native star, a new study suggests. This artist’s impression shows the first interstellar object known to pass through the solar system: 'Oumuamua. The unique object was discovered on 19 October 2017 by the Pan-STARRS 1 telescope in Hawaii. Subsequent observations from observatories around the world show that it is unlike anything normally found in the Solar System.(Photo/ESO/M. Kornmesser) 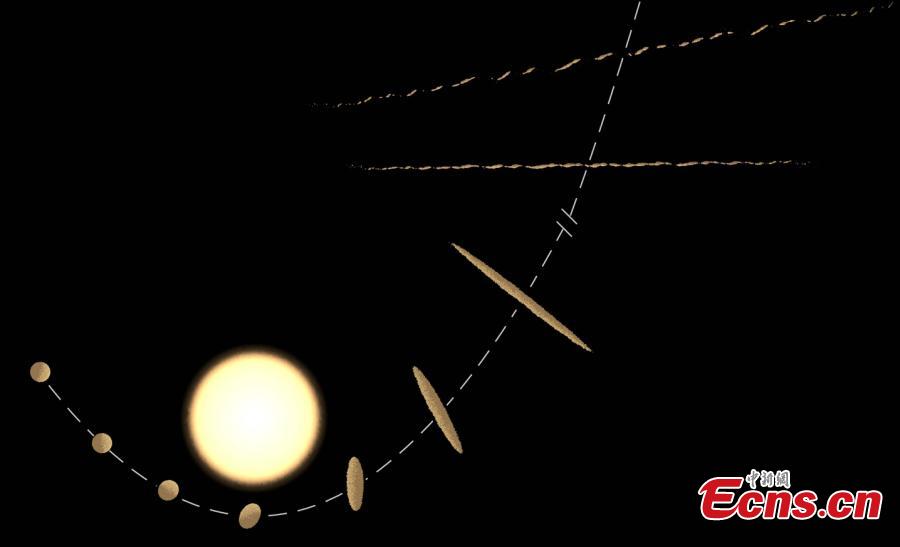 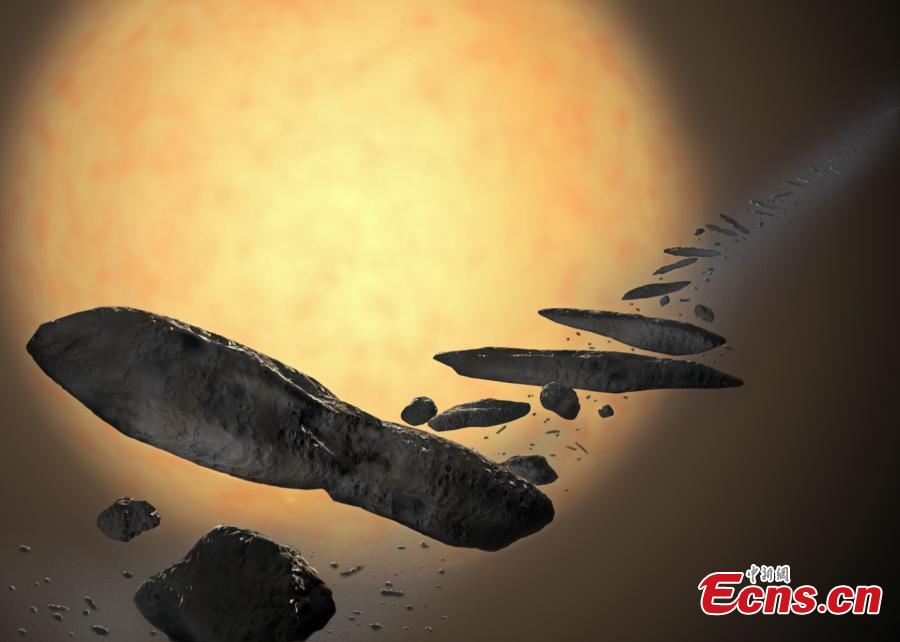 An artist's illustration of the evolution of the interstellar object 'Oumuamua, whose weird, elongated shape may have come from tidal forces. (Photo/ESO/M. Kornmesser)