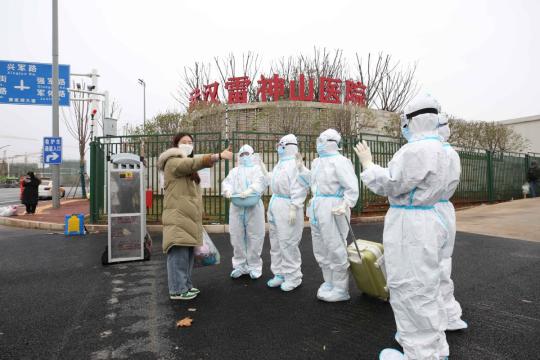 The latest autopsy report on patients who died of COVID-19 reveals that the virus primarily attacks the lungs, and there is not enough evidence to support its damage to other organs.

The report, published on the Journal of Forensic Medicine on Friday, said the novel coronavirus triggers inflammatory symptoms in the respiratory tracts and air sacs of the lungs.

Its damage to the lung tissue in the form of pulmonary fibrosis is less severe than SARS, but the symptoms of swelling in the lungs are more pronounced, the report said.

The lung damage is particularly noticeable and viscous secretions can be found seeping through the air sacs, which may explain the drowning sensation reported by patients of the disease in severe and critical condition.

Results on COVID-19's damage to the heart, kidneys, brain, spleen and digestive tract are inconclusive, and will require further investigation, the report said. This is partly due to the fact that the 11 bodies come from people who ranged in age from 52 to 80, and their organs may have suffered other underlying health problems that interfered with the research.

However, the report notes that a small amount of secretion from swelling in the lungs might ooze into the chest cavity and infect the heart. This may explain why patients with cardiovascular diseases could experience worse conditions, but such a link would need to be confirmed through more research.

Liu Liang, the forensic doctor responsible for the autopsy, said in an interview this week that the autopsy report will help medical professionals on the front line to improve their treatment methods and help evaluate the efficacy of test drugs in clinical trials.

From Feb 16 to 24, a team of scientists from Huazhong University of Science and Technology in Wuhan, Hubei province, had conducted nine autopsies, local media reported. Earlier this month, scientists from Shanghai also concluded two autopsies.

Wang Guoping, a medical professor from the university, said an autopsy is the most direct way of unveiling the secrets of the virus, and it serves as one of the key ways to understand the pathogen's mechanism and cause of death.