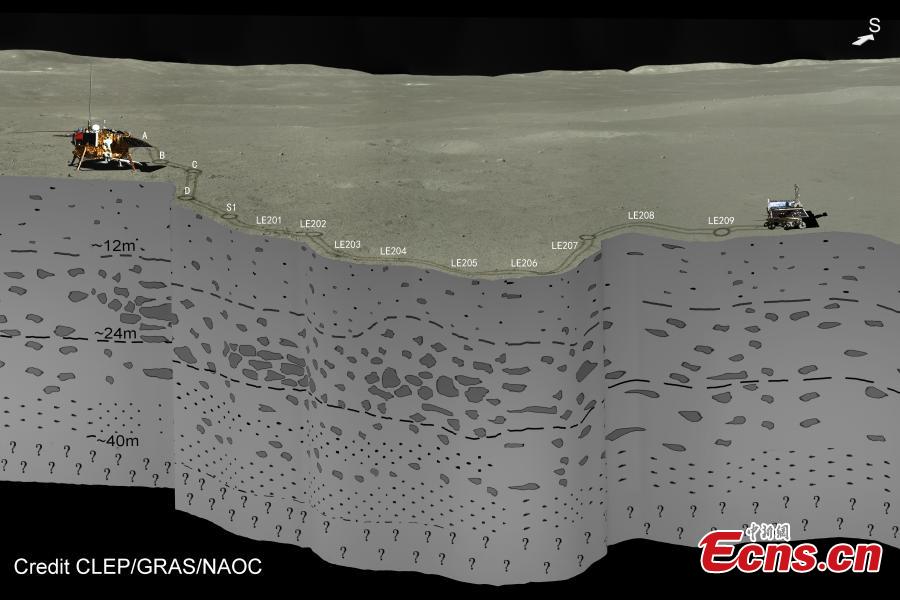 China's spacecraft Chang'e-4 on the far side of the moon has revealed what lurks below the lunar surface and how it might evolve, according to a study published Wednesday in the journal Science Advances. The Chang'e-4 probe, launched on Dec. 8, 2018, made the first-ever soft landing on the Von Karman Crater in the South Pole-Aitken Basin on Jan. 3, 2019. The spacecraft then deployed its Yutu-2 rover, which uses the Lunar Penetrating Radar (LPR) to investigate the underground it roams. The LPR sent radio signals deep into the surface of the moon, reaching a depth of 40 meters by the high frequency channel of 500 MHz, more than three times the depth previously reached by Chang'e-3.(Photo provided to China News Service)