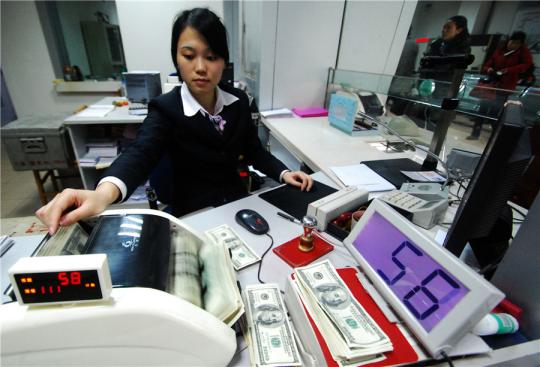 Pan Gongsheng, vice-governor of the People's Bank of China, the central bank, and the administrator of the State Administration of Foreign Exchange (SAFE), said the regulator would enhance the monitoring and assessment of the foreign exchange market and enact policies for controlling potential risks.

Other measures would focus on stabilizing the foreign exchange market, including closer supervision of the foreign trade data, foreign and overseas direct investment, relocation of industries, economic trends and enhancement of the forward guidance, said Pan.

Disruptions due to the virus outbreak will not deter China from further opening its financial sector, the regulator said. SAFE will promote the opening of capital account steadily and in an orderly way and support the connection programs which link the onshore and offshore financial markets.

The government has taken a set of policies to prevent the economy from falling outside an appropriate range due to virus outbreak, while taking care to avoid volatility in the financial market, including the foreign exchange market, it said.

To attract capital inflows, the SAFE has called for increasing foreign exchange services through payment institutions at an appropriate time and reducing red tape with emerging business models.

A nationwide digitalized registration system for service trade taxes will be launched along with steps to simplify the foreign exchange management procedure. The forex regulator has also given the green light for imports of key medical supplies, donations in foreign currencies and cross-border financing businesses related to epidemic prevention and control.

The SAFE said that in January, cross-border receipts by non-banking companies stood at $287.1 billion, while payments were $279.7 billion, marking a total surplus of $7.4 billion. Though the data did not show signs of accelerated capital outflows, it exhibited continued capital inflows, something that can support a stable foreign exchange market, said analysts.

Though the virus outbreak had an impact on the Chinese economy, experts expect the policy loosening to continue.

"The fact that the top leadership held two meetings on the (economic stabilization) issues over three days shows the strong focus of the leadership. Given the exceptionally strong focus, we expect high-frequency indicators to start showing clear signs of a recovery in the coming days and weeks," said Song Yu, chief economist with Beijing Gao Hua Securities Co Ltd.

"Monetary authorities should continue to use existing tools but also utilize new tools to support the economy," said Song.

"Monetary policy, which is largely prudent, should be more flexible and emphasize on supporting the recovery and development of the real economy. The existing supportive financial policies need better utilization. The central bank will implement new measures at a proper time to effectively counter the impact of the epidemic," Yi Gang, the PBOC governor, said on Monday.