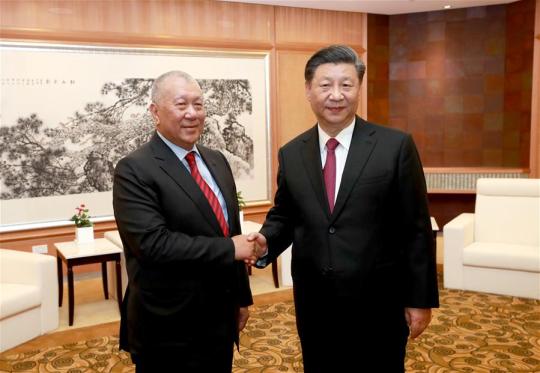 Xi praised Ho for having laid a sound foundation for the construction and development of the Macao Special Administrative Region (SAR) during his work as the first and second-term chief executive, as well as his continued efforts in contributing to the cause of Macao's "one country, two systems" and the nation's modernization after taking office as vice chairman of the CPPCC National Committee.

Xi voiced the hope that Ho could fully support the incoming chief executive and the new SAR government in getting off to a good start, continue to pay close attention to youth work, and guide them to strengthen the sense of national identity and pass down the core value of "loving the motherland, loving Macao" from generation to the next.

Ho, who became the first chief executive of the Macao SAR in 1999 when China resumed the exercise of sovereignty over Macao and won the election for a second term in 2004, expressed thanks for the president's care and encouragement.

He pledged his utmost efforts to support the new SAR government, guide the young generation to enhance the understanding of the country and the sense of national identity, further consolidate the social and political foundation of "loving the motherland, loving Macao," and build a more beautiful future for Macao under the support of the central government.

The president arrived here Wednesday for celebrations marking the 20th anniversary of Macao's return to the motherland and the inauguration of the fifth-term government of the Macao SAR scheduled on Friday.