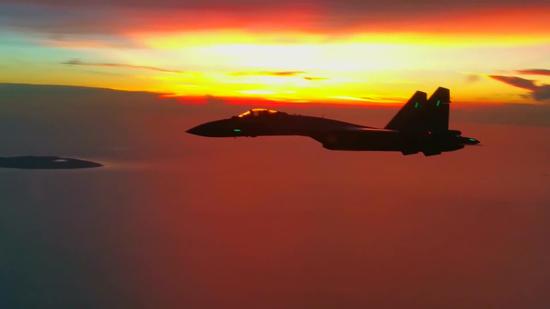 A spokesperson for China's Ministry of National Defense on Thursday slammed U.S. warships and military aircraft's willful and repeated trespassing into the adjacent waters and airspace of China's islands and reefs in the South China Sea.

The trespassing hurts regional peace and stability, harms China's sovereignty and security, and endangers the lives of frontline officers and soldiers of both sides, spokesman Ren Guoqiang said at a press conference, calling it "a highly dangerous provocation."

"We demand that the United States immediately stop such infringement upon China's interests," Ren said, adding that the Chinese military is always on high alert and will take all necessary measures to resolutely safeguard national sovereignty, security and development interests.