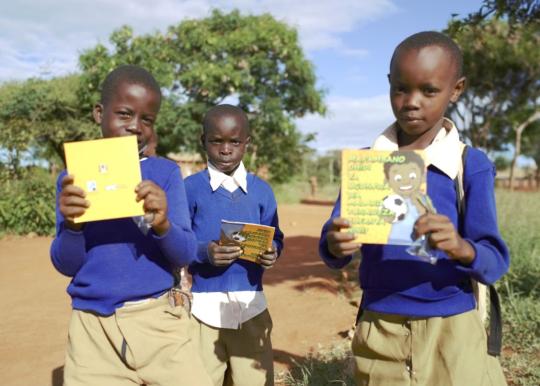 China plans to expand its overseas malaria assistance to wider regions of Africa in the next three years after a trial program in Tanzania showed promising results, a senior official with the Chinese Center for Disease Control and Prevention said recently.

"We have invested a total of 15 million yuan ($2.12 million) in preliminary research in parts of Tanzania and Sierra Leone in preparation for rolling out larger malaria eradication programs in these two countries," said Zhou Xiaonong, head of the center's National Institute of Parasitic Diseases.

Since April 2015, China began testing a program in Rufiji, a district of about 203,000 people in eastern Tanzania, aiming to share China's experiences in wiping out malarial infections and build local communities' capacities to fight the mosquito-borne disease, according to Zhou.

"For instance, we have recruited local Tanzanians who had received decent education and provided them with sufficient training so they would serve as key members or volunteers for the local medical team," he said.

The approach was inspired by China's cadre of "barefoot doctors", who were selected for intensive and short courses in medical training and then worked for health clinics in China's vast rural field in the 1960s and 1970s, a time when basic healthcare services in rural areas were still lacking.

Thanks to the program, which was jointly administered by the China CDC, the United Kingdom's Department for International Development and authorities in Tanzania, the rate of malarial infections in the trial regions has dropped by at least 46 percent to as much as 85 percent, he said.

The expansion of coverage in the next three years will also be supported by the Bill &Melinda Gates Foundation and the World Health Organization.

China's robust engagement in assisting the global flight against malaria came after the country significantly reduced the number of people falling ill to the contagious disease and accumulated ample experience.

In the 1970s, there were more than 30 million new malaria infections in China.

As the country's foreign medical aid targeting malaria continues to intensify, Zhou has called for elevated caution against the emergence of parasites that have developed resistance to artemisinin-based combination therapies, one of the most effective and widely used anti-malaria drugs in the world.

"Drug resistance in ACTs first surfaced in 2012 near the border between Thailand and Cambodia and has spread to five countries along the Mekong River," Zhou said.

He added that China has recently stepped up monitoring over malaria cases at its border areas with Myanmar in an attempt to prevent the possible spreading of drug resistance from abroad.

"About 80 percent of medications used to treat malaria in Africa, where the majority of global malaria cases were diagnosed, are artemisinin products," Zhou said, adding that it is crucial for Asian countries to contain and curb the spread of resistance.