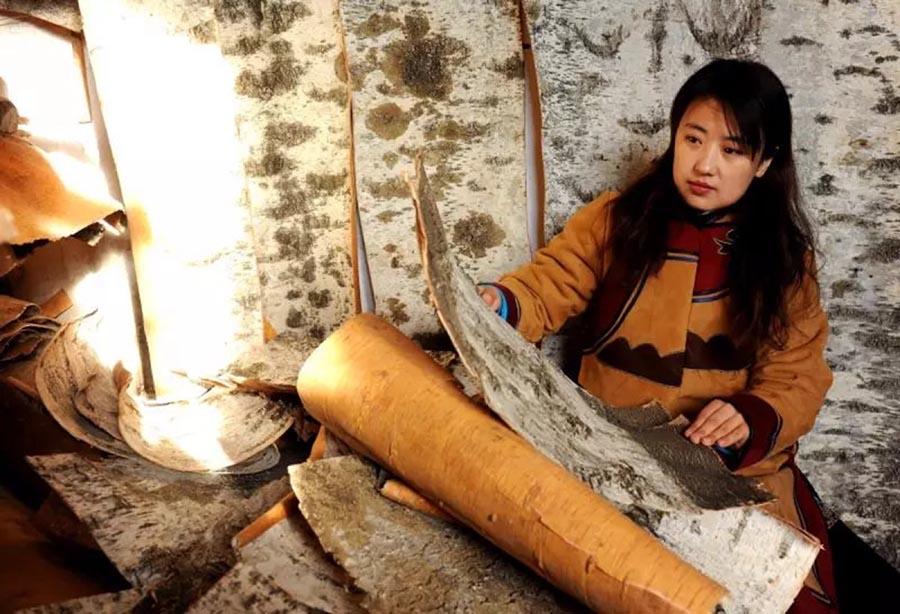 One man's trash is another man's treasure. This is especially the case for Tao Dandan, who collects pieces of birch bark dumped by wood processing plants and creates handicraft with them using only a chisel and a pair of scissors.

Archaeological studies have found that birch bark culture dates back more than 3,000 years, and is found mostly in China, Russia and Japan, and other countries with an abundance of birch forests.

Traditional birch bark crafts are still practiced by nomadic ethnic groups living in Northeast China. However, as people increasingly bid farewell to the peripatetic lifestyle, the art form is at risk of being lost forever. Born in the city of Heihe in 1978, Tao Dandan inherited her interest in birch bark craftsmanship from her father, Tao Chunlai. When she was a child, she loved to try and imitate his creations.

"One day, I happened to find a small nodule on the bark. When I added a small 'mouth' and 'tail' with my paintbrush, I made it look like a bird standing on a stone," Tao says.

This sudden inspiration led her to create paintings based on the natural textures of the birch bark. 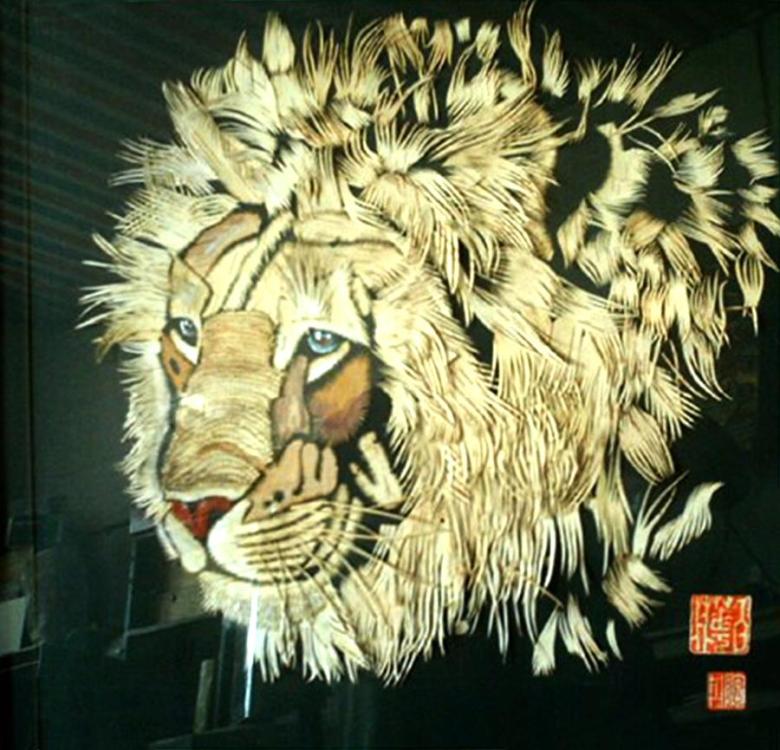 "Before I create a work of art, I sense the potential for finding 'mountains' and 'rivers' on the bark," says Tao, adding that every piece of birch tells a story and inspires her creativity.

To improve her skills and find more inspiration, Tao visited several ethnic communities in the Greater Hinggan Mountains and other parts of North China's Inner Mongolia autonomous region, where the art form continues to thrive.

Birch bark craftsmanship was listed as a national intangible cultural heritage in 2006, and Tao was recognized as a provinciallevel inheritor of the craft two years later.

To pass on her skills, Tao began offering free classes in primary schools and provided free training for students in vocational schools. Over the years, she has trained hundreds of young people in the craft.

In 2017, Tao was invited to work as an associate professor in the College of Fine Arts and Design at Heihe University.

College student Ma Mingyu says he fell in love with birch bark craft after learning about it from Tao. 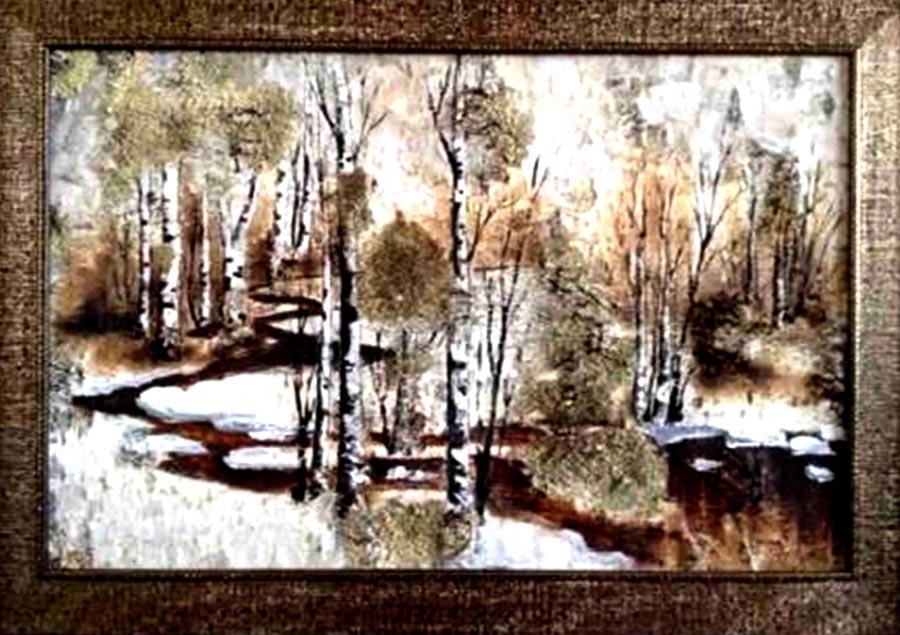 Tao says students majoring in fine arts and crafts have a solid art foundation which helps them understand the essence of craftsmanship. The introduction of the traditional craft has inspired the younger generations to endow it with new life. Tao's students have had their graduation artwork displayed in a variety of venues.

Since 2015, the Heilongjiang Intangible Cultural Heritage Protection Center has been documenting national intangible inheritors over 70 years old through video recordings. In October 2017, the center recorded a birch bark craft demonstrated by Fu Zhanxiang, a national-level inheritor of intangible cultural heritage.

Tao says that she is currently working to hone her oil painting skills in order to better present the charm of birch bark with her paintbrush. In the future, she wants to build a birch bark history museum, to give people the chance to experience the rich history and culture of the art form.