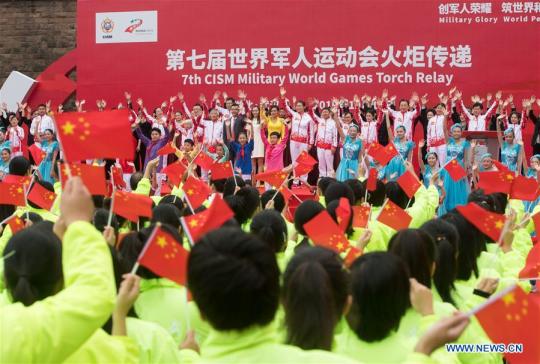 The torch relay for the upcoming 7th Military World Games of the International Military Sports Council arrived at its last stop on Wednesday in Wuhan, Hubei province, where the 10-day Games will begin on Friday.

The flame was passed along by 100 torchbearers through the host city's iconic East Lake Greenway.

The flame will be used to light a cauldron at the Wuhan Sports Center, where the opening ceremony will take place. 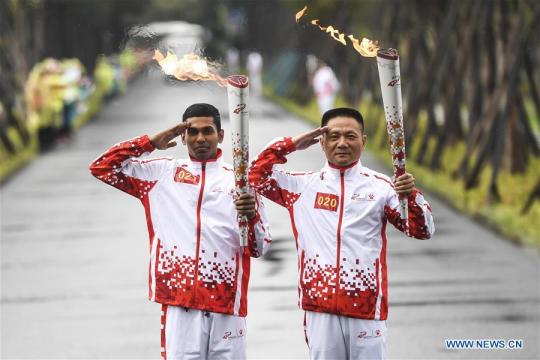 The relay began with Liao Hui, a gold medalist weightlifter at the 2008 Beijing Olympic Games, taking the torch from Jiang Chaoliang, Party secretary of Hubei province. Chinese hammer throw champion Zhang Wenxiu, a three-time Olympic medalist, was the last to carry the torch.

Ma Xu, 86, a former military medical worker and airborne soldier, ran the 98th leg of the relay. She was the day's oldest torchbearer. In 2018, Ma donated her life savings of 10 million yuan ($1.4 million) to support the educational and cultural development of her hometown in Heilongjiang province.