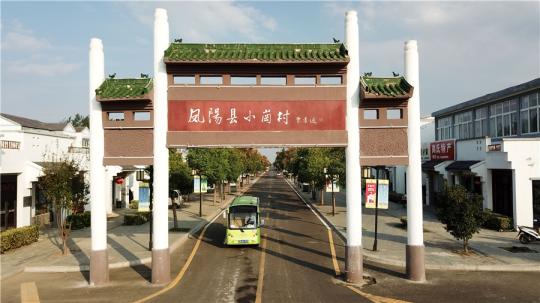 Xiaogang Village in Fengyang county, Anhui province, has been added to China's eighth list of national cultural heritage sites that are under key protection. (ZHANG DUAN/XINHUA)

Many additional locations help show development of country since 1949

Echoing the 70th anniversary of New China, more key sites witnessing recent history have been added than on previous lists. For example, 40 new inscriptions are from the period after 1949. By comparison, only 22 sites from the same period were on previous lists.

"The new list can better reflect the development of Chinese society in a more comprehensive way," said Song Xinchao, deputy director of the administration. "Many industrial, military and agricultural sites, which were highlighted as lesser cultural heritages before, were recognized this time.

"These witnesses of the great achievements gained by our country in the past 70 years will further inspire people's confidence," he said.

The new inscriptions involve China's first nuclear reactor, built in 1955 on the outskirts of Beijing; Beijing Railway Station, which was constructed in 1959; the site of Xiaogang Village in Anhui province, which was a cradle of agricultural reform and opening-up in 1978; and some industrial construction sites marking the economic development of New China's earliest years.

According to Song, ancient architecture still plays key roles in the listing, with 280 such new sites, 60 of them from before the Yuan Dynasty (1271-1368).

Three examination halls in use during imperial years were added to the list, and a complex of ancient mills in Yunnan province became the first entry of its type.

Song said that 54 out of 197 archaeological sites on the eighth list were discovered in the past five years.

"These sites, which are crucial for studying the origins and development of Chinese civilization and our nation, need protection in time," he said.

They include the dams in the Liangzhu Archaeological Ruins of Zhejiang province, a part of a UNESCO World Heritage site dating back 5,000 years, and ruins of a Jin Dynasty (1115-1234) shrine worshipping the god of Changbai Mountains in Jilin province. Some ancient shipwrecks in the South China Sea are recognized as well for their revelation of a booming Maritime Silk Road.

According to Liu Yuzhu, director of the National Cultural Heritage Administration, the recent application of the national-level key protection status began in July 2018, attracting bids from 3,123 sites. An expert panel, including 99 members from 56 institutions, made the selections.

The first list of national-level cultural heritage sites was released in 1961, and the eight lists combined include 5,058 entries. Shanxi, which has 530 sites on the lists, tops all provincial-level administrative regions. It is followed by Henan, Hebei, Zhejiang and Shaanxi provinces.

Being included on the list means more rigid regulation of the sites and stronger support from conservation units.

"There will be a 'red line' for their safety, which will be taken into key consideration of the general plan for their surrounding areas," Liu said. "But that doesn't mean they cannot be used to serve modern society.

"Under the premise of good protection, management experiences from different government departments and social sectors are welcome to revitalize these sites and further benefit local communities through tourism," he added.