Economy on a robust path 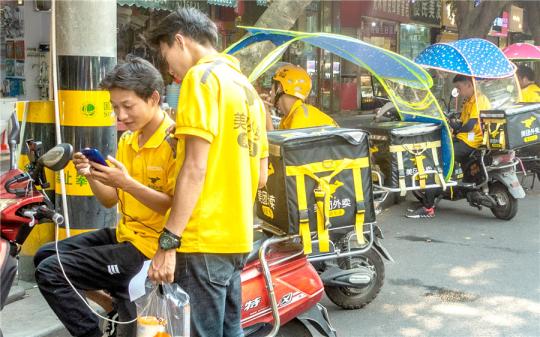 Economic activity remained robust in China during September on the back of good domestic demand, with manufacturing showing resurgence, a private survey said on Tuesday.

The Caixin China Composite PMI rose for the third consecutive month to 51.9 in September, signaling the strongest economic expansion since April, said media group Caixin and information provider IHS Markit. The index stood at 51.6 in August. A PMI reading above 50 indicates expansion while one below that shows contraction.

The rise in the composite PMI was attributed to improved operating conditions of the manufacturing sector, as data pointed to a softer growth in business activity across the service sector.

The Caixin/Markit manufacturing PMI went up from 50.4 in August to 51.4 in September, the highest since February 2018, as domestic demand recovered and boosted output and new orders, according to Caixin.

"China's economy showed signs of marginal recovery in September, as the labor market improved and domestic demand increased at a faster pace," said Zhong Zhengsheng, director of macroeconomic analysis at CEBM Group, a subsidiary of Caixin.

"After a fast slowdown in previous quarters, China's economic growth began to show signs of stability," Zhong said in a report.

Official PMI data delivered a similar picture of quickened business activity, as the manufacturing PMI rose to a five-month high of 49.8 in September, versus 49.5 a month earlier. The nonmanufacturing PMI edged down to 53.7 last month from 53.8 in August, according to the National Bureau of Statistics.

Despite the pickup last month, more time is needed to monitor the economic situation to confirm a sustainable recovery, said Yang Weiyong, an associate professor of economics with the University of International Business and Economics in Beijing.

Occasional and short-term factors might have led to improvements in PMI data last month, Yang said, citing that the National Day ceremonies might have boosted output and new orders.

"If short-term factors have played a minor role in the pickup, and if the Sino-US trade friction sees no major escalation but progresses toward a resolution, then last month would be the dawn of a major economic recovery," Yang said.

"At present, signs of recovery are too fragile to water down stimulus, while much stronger stimulus will only become necessary on any palpable impairment of business confidence," he said.

The People's Bank of China, the central bank, pledged to maintain a prudent monetary policy that is neither too loose nor tight and to stick with market-oriented reforms to considerably reduce real interest rates, said a statement released on the PBOC's website on Sept 27, after a quarterly meeting of its Monetary Policy Committee.