Chongqing to boost its role in Belt, Road 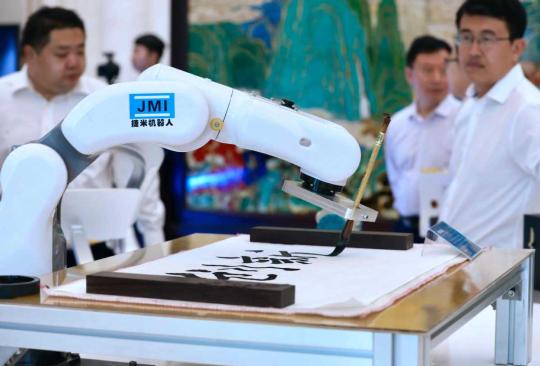 Chongqing will speed up building a cross-border land-sea trade corridor so it can play a leading role in the Belt and Road Initiative, local authorities said on Wednesday in Beijing.

Located on the upper reaches of the Yangtze River, the municipality in Southwest China boasts key geographic advantages as a strategic pivot of the country's development program for its western regions along with being a connecting point for the BRI and the Yangtze Economic Belt.

"We should make good use of this advantage and build Chongqing into an international logistics hub to drive regional development," Chongqing Mayor Tang Liangzhi said at a news conference on the municipality's economic and social development since the founding of the People's Republic of China in 1949.

Chongqing has witnessed robust economic growth with an average GDP growth rate of 8.3 percent over the past seven decades. In 2018, its GDP exceeded 2 trillion yuan ($286 billion).

President Xi Jinping paid his second inspection tour to Chongqing in April and said the area should continue to be an anchor of large scale development, a driver in advancing the BRI and a leader in green development along the Yangtze River Economic Belt.

Mountainous Chongqing relied in the past on the Yangtze to connect with the outside world.

"To the south, Chongqing has the New International Land-Sea Trade Corridor to reach 190 ports in 90 countries. To the west, it links over 30 cities in 11 countries in Central Asia and Europe via the China-Europe Railway Express freight trains," the mayor said.

In addition, there is a Chongqing-Ningbo Rail-Sea Link to connect the eastern region and the Chongqing-Manchuria-Russia freight trains to reach the north, he added.

Since 1949, Chongqing has played an important role in the country's development, from being a major industrial base to a national defense manufacturing area in the 1960s.

In 1997, it became China's fourth municipality after Beijing, Shanghai and Tianjin. Covering 82,402 square kilometers and with about 30 million people, it is by far the largest of the four, even bigger in area than the Republic of Ireland or the Czech Republic.

Chongqing is the headquarters of the China-Singapore (Chongqing) Demonstration Initiative on Strategic Connectivity signed in 2016. It initiated the New International Land-Sea Trade Corridor project in a bid to speed up the opening and high-quality development of the western region.

"We will seize this significant opportunity to boost the region's overall integration and enhance the international economic exchanges through this corridor," Tang said.

The new land-sea corridor will extend mainly from Chengdu in Sichuan province and Chongqing to a group of Beibu Gulf ports in the Guangxi Zhuang autonomous region and Yangpu Port in Hainan province, which opens a connection to countries in Southeast Asia.

The new land-sea corridor will be fully completed by 2035. It will have better transportation capacity, world-class customs clearance and logistics services, the National Development and Reform Commission said.

"Compared with the traditional route via the Yangtze River and Shanghai, the new route is a faster way to connect China's inland western region with major ports in the south, saving about 20 days in transport time," said Han Baochang, director of the China-Singapore demonstration initiative's administration committee.

Opened in 2011, the rail link between Chongqing and Duisburg, Germany, has become an integral transport link and a vital artery in the BRI. Goods can be transported along the 11,179 kilometer route in about 13 days.

By the end of June, the China-Europe Railway Express (Chongqing) have made over 4,100 trips with a total value of freight exceeding 155 billion yuan, Tang said.

"We will continue to increase the number of trips, improve the network and expand the functions of the rail link in order to make it an important platform of the Belt and Road Initiative," he said.