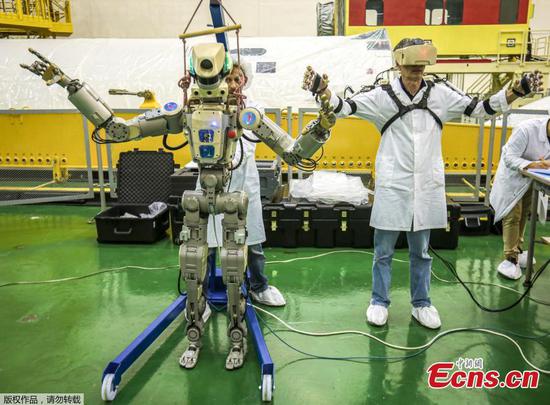 This handout picture taken on July 26, 2019 and released by the official website of the Russian State Space Corporation ROSCOSMOS on August 21, 2019 shows Russian humanoid robot Skybot F-850 (Fedor) being tested ahead of its flight on board Soyuz MS-14 spacecraft at the Baikonur Cosmodrome in Kazakhstan. (Photo/Agencies)