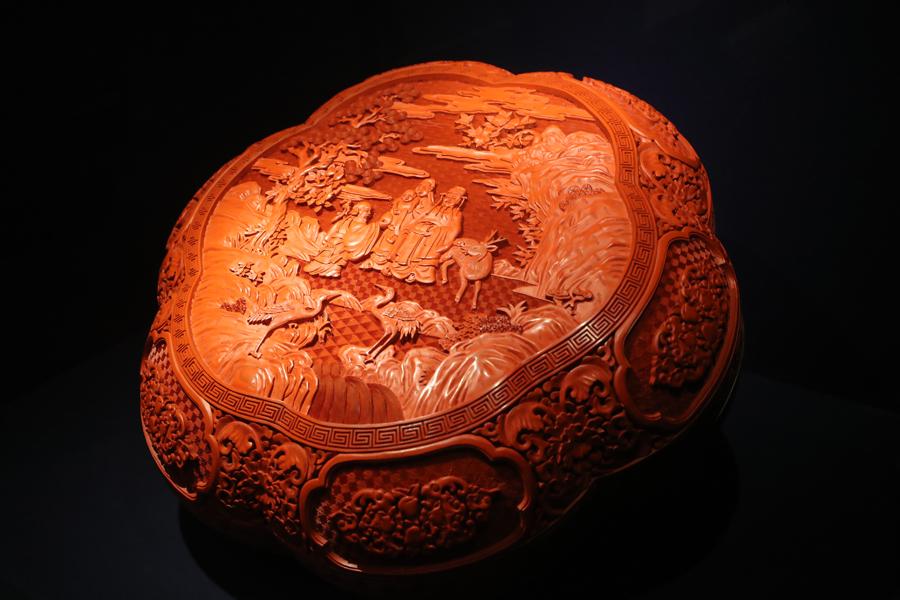 A Beijing exhibition highlights works by people who are trying to give traditional crafts a modern context, Lin Qi reports.

Chang Shana, the respected scholar on Dunhuang art and traditional crafts, recalls a day in the early 1950s when she accompanied an architect couple, Liang Sicheng and Lin Huiyin, to an exhibition at the Palace Museum in Beijing. The display was of copies of the Mogao murals made by researchers at the Dunhuang Academy, including those by her and her father, Chang Shuhong, the academy's late founding director.

"The couple had known my father for decades and also his work at Dunhuang," Chang Shana says.

"They hadn't visited Dunhuang because they were physically incapable. But they were astounded by the exhibition, and kept asking about how we worked at the site." 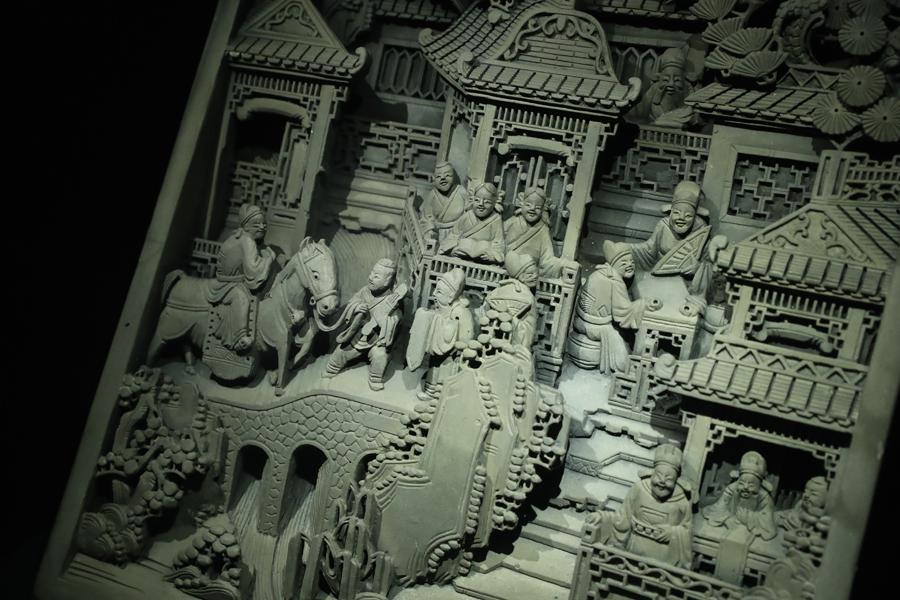 Two weeks later, Chang Shana was told by her father that the couple, both teachers at Tsinghua University's architecture department, would establish an institute of traditional Chinese arts and crafts, and that they had a teaching assistant's job for her.

"They had a passion for developing our centuries-old arts and crafts in a modern time," Chang Shana says, adding that she then began working as an assistant to Lin.

At the time Lin had fallen ill and was bedridden but Chang says they worked hard every day on many ideas regarding the Mogao murals.

"We discussed categorizing the patterns of the murals, as well as incorporating them with the production of Chinese cloisonne enamelware or jingtailan."

Chang also designed her first series of related works back then that were chosen as gifts for delegations attending the Asia and Pacific Rim Peace Conference in Beijing in October 1952. 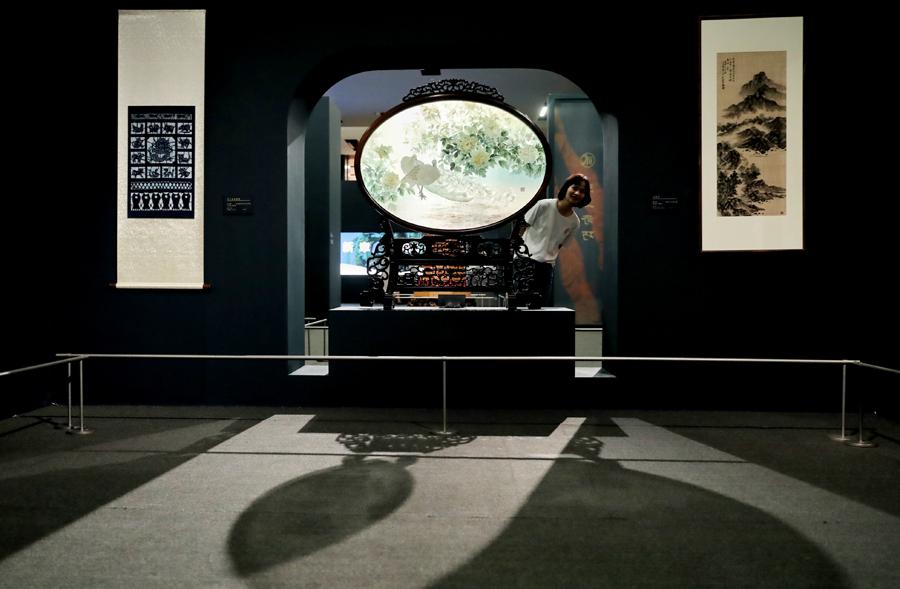 A visitor at the ongoing exhibition, A New Chapter of Time, which runs at the National Museum of China in Beijing through Oct 10.

"That was an important thing I learned from Lin-to integrate cultural traditions, such as Dunhuang's art and the jingtailan craft, into people's lives," Chang says.

Now in her 80s, Chang maintains her dedication to innovating in the age-old craft. One of her latest designs is a cloisonne case bearing Dunhuang's patterns and her paintings of pear blossoms. She is also known for painting different kinds of flowers.

The case is now on show at A New Chapter of Time exhibition at the National Museum of China in Beijing, which runs through Oct 10, to celebrate the craftsmanship and creativity of artists like Chang who are trying to give traditional crafts a modern context.

The exhibition shows more than 100 artworks by 60 leading figures in the field from across the country, offering a glimpse into their latest experimental techniques in the arts and crafts. 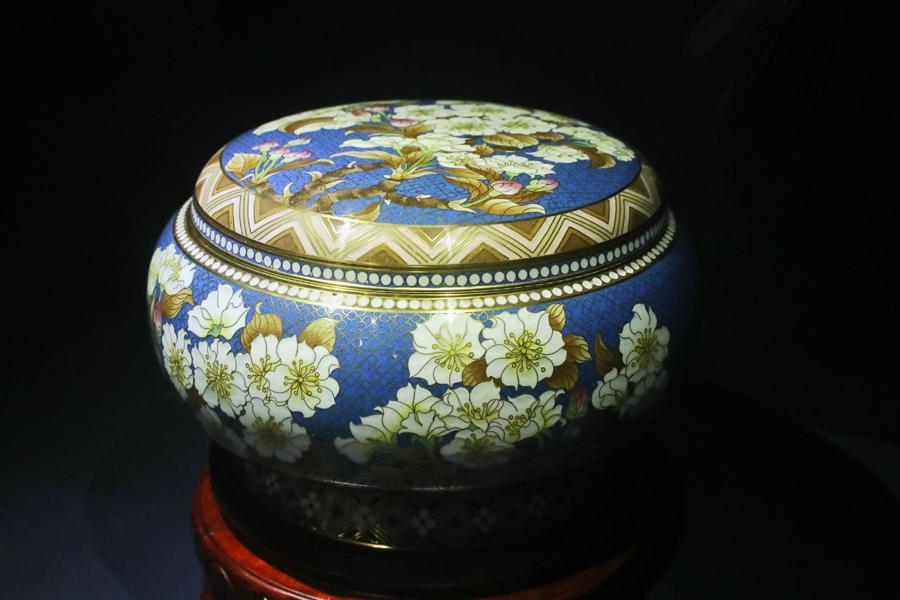 The exhibition bears testimony to how the pursuit of excellence has been viewed in Chinese culture, as written in the classic Kaogong Ji (Records of Examinations of Trades and Crafts). A quote from the classic work says: "The universe has time, the land has energy, the materials are refined and the techniques demand sophistication, and only things that blend the four dimensions can be seen as an impeccable product."

On the one hand, the exhibition gives an insightful perspective of artists on discovering the natural beauty of their materials sourced from nature. Works on show cover some of the basic materials that people have used for centuries, such as wood, stone and metal. It is a celebration of a Chinese philosophical view that humans should learn from nature and live peacefully by its rules.

On the other hand, the exhibits demonstrate how artists have breathed new life into these natural ingredients with evolving techniques, and present a diverse idea of nature in art and crafts. The exhibition also echoes the spirit of craftsmen that has been promoted in different walks of life in the country, as many of the works on show not only mark their technical achievements but also show their commitment as artists. 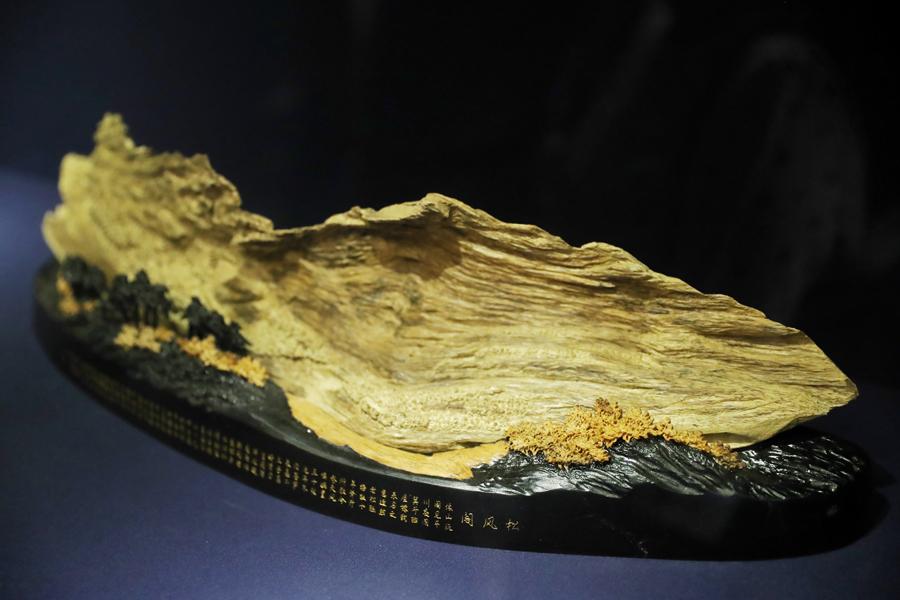 Gan Erke, a master lacquer artist who lives in eastern China's Anhui province and whose work is also on show, compares making lacquer ware to conducting oneself in society. "It needs to be genuine, introspective and discreet, and make people feel that your beauty is deep inside.

"A person should behave the same way either in front of people or away from them, and so it is with objects of craft that should be perfect in appearance and at the core."

Artists devote themselves wholeheartedly to helping people appreciate the beauty of crafts on a spiritual level, he adds.

Zhang Fuye, a scholar from Tsinghua University's academy of arts and design, says: "What we are doing is to face both the present and the future, to renovate and create works that keep pace with the times. It is an important task." 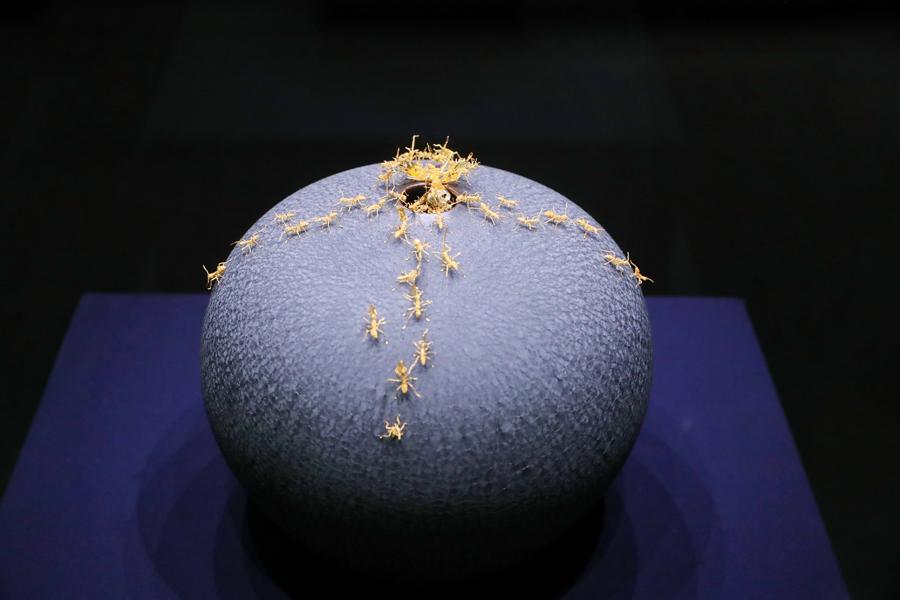 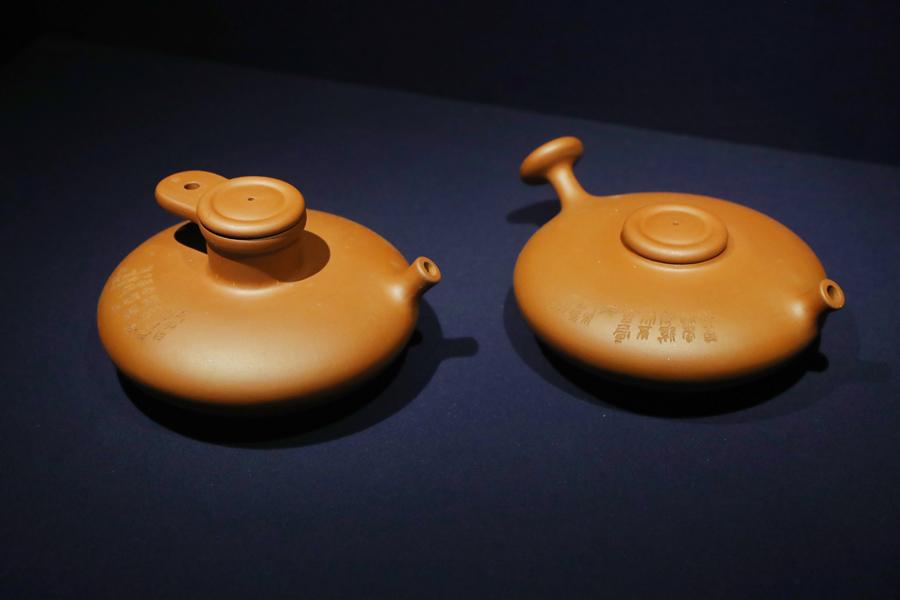