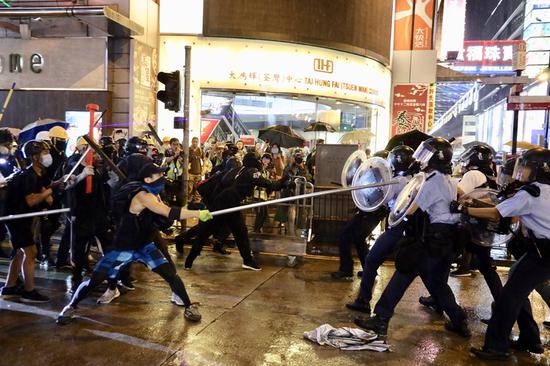 Some Western countries are taking advantage of the situation in China's Hong Kong and trying to stir up tensions in the city and incite confrontation, a Russian expert has said.

In a recent interview with Xinhua, Alexei Maslov, head of the Oriental Studies Department of the Russian Higher School of Economics Research University, warned that the ongoing protests have "completely lost rationality."

Some in the West are trying to destabilize the situation there, "fan flames," and use the young people in Hong Kong to raise the wave against China," said Maslov.

He praised the Chinese government's efforts to ease the ongoing tensions, which he believed showed prudence and ability.

The expert said that the Western response to this matter is neither polite nor correct.

Maslov said that China has remained committed to maintaining the autonomy of the city in a number of spheres during the years, and it is irresponsible and unprofessional for some people who don't really understand the situation in Hong Kong to comment on the issue from "the completely Western point of view."

Maslov warned that the current crisis could deal a great blow to the business circle in Hong Kong, making the place "unstable in the financial and political sense."