Not difficult to send Chinese onto the moon: lunar probe chief designer 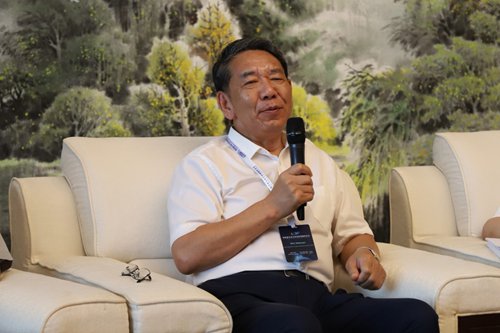 Chinese scientists are conducting scientific feasibility studies on sending the country's astronauts to the moon, China's lunar probe program chief designer Wu Weiren told the Global Times on Monday, amid worldwide celebration of the 50th anniversary of the first human landing on the moon.

"Sending Chinese people to the moon won't be too much of a problem," Wu, an academician of the Chinese Academy of Engineering, said at a press conference ahead of the 4th International Conference on Lunar and Deep Space Exploration held in Zhuhai, South China's Guangdong Province, on Monday.

Wu declined to reveal a detailed schedule for a manned mission to the moon.

At the press conference, Pei Zhaoyu, deputy director of the Lunar Exploration and Space Engineering Center with the CNSA, who also is the deputy chief designer of the country's third-phase mission of lunar exploration program, said that "China's future lunar exploration, including Chang'e-6 and those that following it, will be determined by the country's own technology capability and overall economic strength."

"China will not race against other countries, but will follow its own schedule," Pei said answering the Global Times inquiry how the delay of India's attempt to land on the south pole of the moon and the acceleration of the US plan to return people to the moon could impact China's lunar exploration schedule.

US Vice President Mike Pence said in March that NASA was directed to return American astronauts to the lunar surface within the next five years "by any means necessary," CNN reported.

India postponed its second moon mission "Chandrayaan-2" due to a technical snag in the launch vehicle system, which was scheduled to be launched a week ago.

China still has unmanned Chang'e-5, -6, -7, -8 missions coming up until 2030, Wu Yanhua, deputy director of the CNSA disclosed to the media in January.

Chang'e-5 will return samples from the moon in a mission scheduled around 2020. Chang'e-6 will conduct a similar mission, but with samples from the south pole of the moon, Wu told the Global Times.

Chang'e-7 will comprehensively explore the moon, whereas Chang'e-8 will explore the possibility of building an international lunar research base, the CNSA deputy head said.

"The landing location and research goals for Chang'e-6 will be later determined, after taking the performance of Chang'e-5 into consideration," Pei said on Monday.