China's STAR: A new gold mine for veteran investors 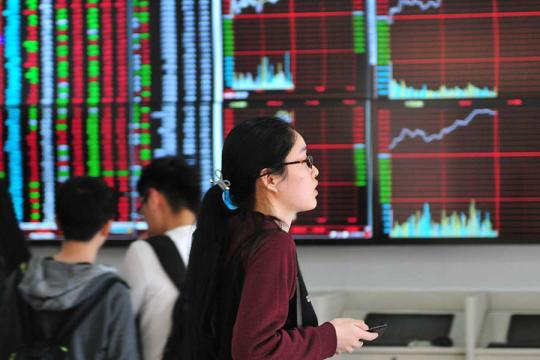 An investor checks stock prices at a brokerage in Shenyang, capital of Liaoning province. (Photo provided to China Daily)

Editor's Note:Trading in shares of the first batch of 25 companies listed on the technology-focused STAR Market of the Shanghai Stock Exchange officially starts on Monday. The following article discusses the implications of the launch of the new board, which analysts say is a milestone event in the development of China's capital market.

For the past few centuries, technology has changed our world. Today, almost no one washes his or her own clothes by hand. We send a real-time video across the Pacific Ocean in seconds. However, technology is not only created by scientists and technicians. Technology is also developed because of efficient capital markets.

Take Silicon Valley as an example. Silicon Valley is one of the world's most prestigious science and technology centers. Its history of growth comes not only from the innovation of new technologies such as personal computer, internet, and online search engine. It also comes from the unique capital structure that binds the personal financial well-being of its scientists and technicians to the business success of its startups.

Without the strong entrepreneurial motivation triggered by this unique and creative capital structure, Silicon Valley might have been as mediocre as silicon itself.

While China is now the world's second-largest economy (or the largest economy, if you use the gauge of purchasing power parity GDP), its technology companies are comparatively less influential in the global market.

This is partly because China's per-capita GDP is still below $10,000. A low per-capita GDP usually results in the weakness of sophisticated industries such as technology, pharmaceutical, and asset management. These industries are very hard to build, have high entry barriers, and create high profitability.

As the Chinese government realized a gap separates China's technology companies and the first-tier technology companies in the world, China started the STAR Market on the Shanghai Stock Exchange. It is significantly different from the current main stock market board in a few aspects.

Second, it uses the registration-based initial public offering system, which ensures the efficiency of the market regarding issues like equity evaluation and stock pricing, and removes the intervention from government authorities.

Finally, the new board sets strict entry barriers for investors to ensure only the relatively mature lot among the latter enter it.

Together, the three aspects listed above portray a very clear picture of the STAR Market's design. The market accepts only experienced investors and allows them to make free choices insofar as trading in stocks and depositary receipts of high-tech and innovation-driven companies is concerned.

With a good understanding of the history of high-tech companies, we can easily understand the logic behind this design.

While the most successful technology companies offer their investors returns as unbelievably high as thousandfold gains or even more, the failed companies burn their investors' money to ashes. This is because the technology industry has a few important economic attributes.

The first attribute is the very low level of transportation cost. Transferring an Intel computer chip, or Microsoft Office software, costs practically nothing. This means, the most successful company with the most competitive product can easily take almost all of the market share.

The second attribute is what is called "the network effect". It means once a company successfully gains the leading position in a market, the leading market share itself will bring in more market share. For example, when Taobao became the largest online shopping platform in China, more of its vendors brought in more customers, and the presence of more customers attracted more vendors to the platform. This advantage gained by the winner is unmatched.

As these three attributes are found in almost every sector of the technology industry, successful tech companies usually generate stupendous returns for their investors, while the failed ones hurt them severely.

The average return, on the other hand, can be plentiful for prudent investors who pick their investment targets carefully and spread their risk among a group of carefully selected investment targets. A well-chosen investment portfolio can reduce the huge volatility that can follow heavy investments in the technology industry.

With these features, investing in the technology industry becomes a very challenging task, fit only for the most experienced investors. This explains why the STAR Market only accepts institutional investors and retail investors with adequate experience and capital.

While equity investments via the STAR Market could be very challenging, good technology companies will likely produce handsome returns for their investors. Tencent is a very good example. Since its listing in 2004 in Hong Kong, its stock price has risen by around 500 times!

There are at least two critical determinants behind the potential high returns that can be reaped from China's successful technology companies.

The first determinant is the huge market China has. Silicon Valley is a successful story not only because it is a technology center. It is successful because its location is in the United States, which had the world's single largest market back in the 1980s and 1990s.

A super large market means any investment, however costly, can bring adequate returns once the technology is successfully developed and employed. If the first version of Google's search engine was written in a minority language and used in a small country, there probably would not have been any "Google story" to tell.

Similarly, if the first version of Tencent's QQ chat software was not written in Chinese and used in a billion-plus China (where there are around 900 million netizens now), Tencent would not probably have been that successful as an investment target.

The second determinant comes from the economic phenomenon called "the late-comer's advantage".

Most traditional industries like aviation and home appliances can be classified as "progressive development industries". This means, these industries gradually invent new products; and each generation of product is built upon the foundation of the previous generation, and is only slightly better.

On the other hand, widespread use of an old technology, as well as the cost of replacing it, can be an obstacle to the employment of a new technology. Therefore, a late-comer, which can be a developing country or a new entrant to an industry, can have its own advantage.

Nokia enjoyed an edge during the 2G period but that did not rescue it in the vastly different 3G era, and Apple went on to beat Nokia without any foundation to start with.

Despite the new investment opportunities brought by the STAR Market, and its financial influence, some critics are worrying it might absorb some liquidity from the main board, potentially causing a stock market slump.

This worry can be easily eased with a little understanding of the scale of both China's economy and the local financial market. China's M2 was 192 trillion yuan ($27.9 trillion) at the end of June, while the first group of companies listing on the STAR Market will have received only tens of billions of yuan from investors.

For those investors who are prepared, the STAR Market will serve them as a new gold mine. It will not be a gold vault, where every block is heavy and shining. But with enough experience and hard work, experienced investors should be able to mine gold that would be worth their while, intelligence and work.

The author Chen Jiahe is the chief strategist at Cinda Securities.