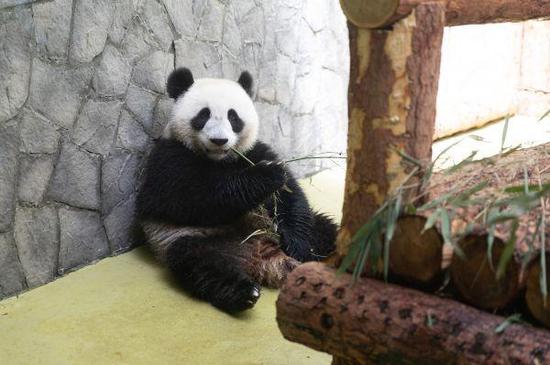 The Moscow Zoo on Monday launched on its website an around-the-clock live broadcast of two giant pandas that arrived from China in late April for a 15-year scientific program.

The zoo has installed eight cameras in the enclosure so that Ru Yi, a three-year-old male, and Ding Ding, a two-year-old female, can be observed from different angles.

"To get acquainted with the unusual habits of the pandas, it is not enough to spend the whole day at their enclosure," General Director of the Moscow Zoo Svetlana Akulova said on the Moscow mayor's website.

"Live webcast will help correct this situation. Thanks to it, everyone can watch the pandas at different times of the day," she added.

The pandas from Southwest China's Sichuan Province will spend 15 years at the Moscow Zoo as part of a collaborative research program in accordance with an agreement signed between the Moscow Zoo and the China Wildlife Conservation Association in February.