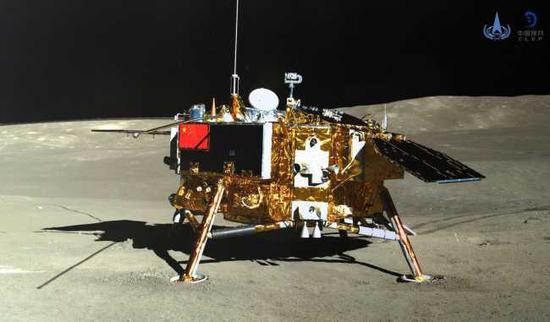 The lander and the rover of the Chang'e-4 probe have resumed work for the sixth lunar day on the far side of the moon after "sleeping" during the extremely cold night.

The lander woke up at 6 p.m. Tuesday, and the rover, Yutu-2 (Jade Rabbit-2), awoke at 2:16 a.m. Tuesday, according to the Lunar Exploration and Space Program Center of the China National Space Administration.

China's Chang'e-4 probe, launched on Dec 8, 2018, made the first-ever soft landing on the Von Karman Crater in the South Pole-Aitken Basin on the far side of the moon on Jan. 3.

The far side of the moon has unique features, and scientists expect Chang'e-4 to provide breakthrough findings.