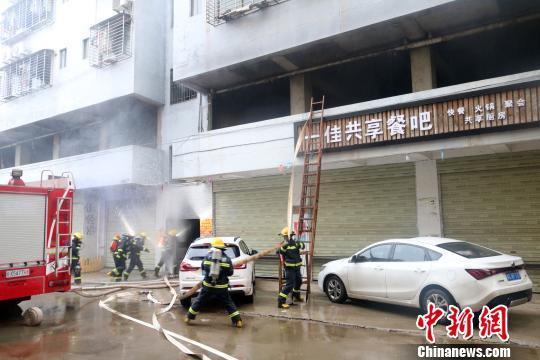 Firefighters try to extinguish the blaze in the village of Xilong in Guilin city, South China's Guangxi Zhuang autonomous region, May 5, 2019. (Photo/Chinanews.com)

The injured, including six in serious condition, have been taken to hospital for treatment, and further investigation is underway, according to the Yanshan district government.

A six-storey building in the village of Xilong in Guilin city was found to be on fire around 6 am Sunday.

The building is located opposite Lijiang College, which is affiliated to Guangxi Normal University.

According to Nanguo Morning News, most residents are university students.