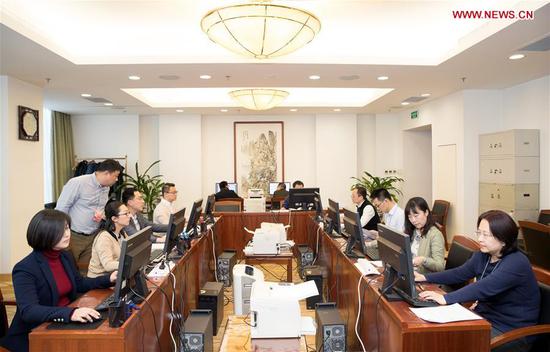 Deputies to the 13th National People's Congress (NPC) have filed 491 proposals and 8,000 items of suggestions to the secretariat of the legislative body's second annual session.

The proposals can be grouped into five categories in terms of the issues concerned: reform and opening-up, people's well-being, ecological civilization and green development, state safety and social management, cultural development, according to Guo Zhenhua, an official with the secretariat.