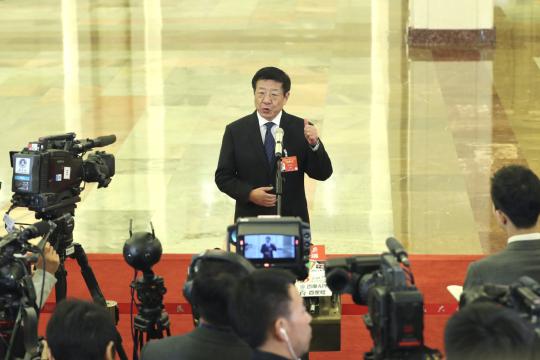 For example, up until now, more than 100 illegal mining projects have been withdrawn from the Mount Qilian Nation Park, one of the country's 10 pilot national parks, Zhang said.

Under a plan released in 2017, China aims to set up a batch of national parks across about 200,000 square kilometers and form a unified management system by 2020.

To strengthen the management for each park, a specific plan and regulation will be made. And the national park system contributed to poverty relief. In the current 10 pilot national parks, 50,000 rangers were hired, each with a salary of about 1,800 yuan ($268), according to Zhang.

"However, the pilot has just begun, we will put more efforts to ensure that the natives' live won't be disturbed and will be improved by the pilot programs," Zhang said.