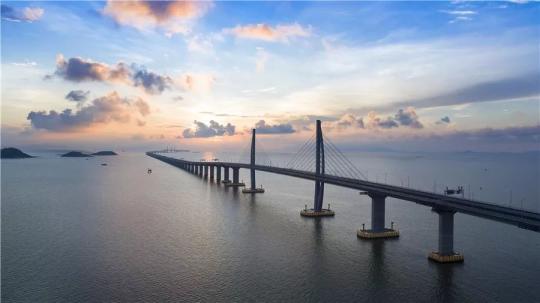 The outline development plan for Guangdong-Hong Kong-Macao Greater Bay Area, released recently by the Communist Party of China Central Committee and the State Council, China's Cabinet, indicates the GBA is set to step into a new era of rapid integrative development.

Addressing the importance of coordinated development across regions while delivering the Government Work Report to the national legislature on March 5, Premier Li Keqiang said that "in developing the Guangdong-Hong Kong-Macao Greater Bay Area, we will work to ensure the implementation of plans, achieving compatibility between each region's rules, and facilitating flows of factors of production and the movement of people".

And at his meeting with Macao Chief Executive Fernando Chui Sai-on, last year, President Xi Jinping said the Macao Special Administrative Region should be incorporated into the country's general development plan to expand Macao's development space and cultivate new driving forces, as well as to celebrate the 20th anniversary of Macao's return to the motherland in 2019 with new development achievements.

To be incorporated into the country's general development plan, Macao should play its due role in foreign trade and cultural exchanges. It also should actively participate in the construction of the GBA and strengthen its integration level, by giving full play to its strengths and expanding its business space under the framework of the "one country, two systems".

The Macao SAR has to meet several major challenges to fully integrate into the GBA construction process.

The SAR also needs to optimize its highway and rail traffic network, in order to promote better interconnection among transportation modes, especially flights, with neighboring places. It should expand the transport capacity of the Hong Kong-Zhuhai-Macao Bridge, too, so as to avoid wasting transport infrastructure resources. In addition, the central authorities should consider linking the high-speed Nanning-Shenzhen railway to Macao, in order to incorporate Macao into the national high-speed railway network.

Second, the Macao SAR should improve its legislation and administrative systems to promote better connection with the Chinese mainland.

If Macao were to fully integrate into the GBA and become part of the country's overall development plan, the SAR government should transform from being a "small government" to a more functional government. To that end, it has to launch more policies and expedite the legislation process, by establishing better coordination among its different departments.

Third, the GBA's cross-regional coordination mechanism should be improved, by implementing major projects. The present internal coordination mechanism of the GBA is too complicated. The Macao SAR government has established 27 special groups to cooperate with the central government, the Hong Kong SAR, Guangdong province and four domestic cities. But being small in terms of size and revenue, the Macao government will find it very difficult to coordinate work on such an expanded dimension.

And fourth, Macao should take full advantage of the industrial ecosystem of the GBA to develop its science and innovation industries. Macao is promoting the development of some emerging industries, including the cultural creative industry, environment protection sector and the marine high-tech industry.

But due to the dominant role of the gaming industry in Macao, talents in the science and innovation sectors, as well as the emerging industries have no industrial chain to depend on.

More important, to integrate into the construction of the GBA, Macao should make more efforts to become a core part of the industrial ecosystem of the GBA. And it should make full use of the advantages of its financial and other industries to attract more talents to its science and innovation sectors, as well as to inspire them.

The author is director of the International Development Department of the Institute of World Economics and Politics at the Chinese Academy of Social Sciences. The views don't necessarily represent those of China Daily.