Trump says gap remains between what DPRK wants, what US wants 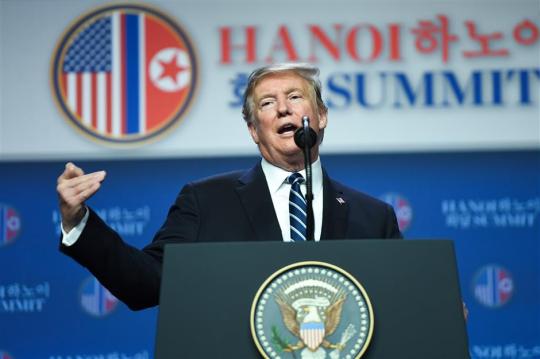 US President Donald Trump speaks during a press conference following the second summit in Hanoi on February 28, 2019.

A gap remained between what the Democratic People's Republic of Korea wanted and what the United States wanted, US President Donald Trump said in a press conference Thursday in Hanoi, Vietnam, explaining the earlier-than-scheduled end to his second summit with top DPRK leader Kim Jong Un.

A White House statement said earlier that "No agreement was reached" between Kim and Trump in the second day of their second summit in Hanoi, Vietnam. The two countries' respective teams looked forward to meeting in the future, it added.